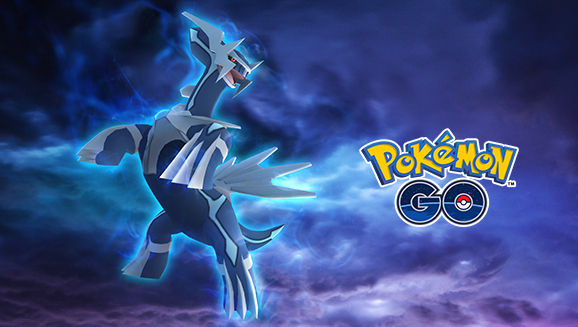 If you're looking to add a powerful Legendary Pokémon to your battle party, it's the perfect time to team up with the Steel- and Dragon-type Dialga. Time is always of the essence with Dialga, so be sure to catch it in Pokémon GO Raid Battles from March 1 at 1:00 p.m. PST until March 28 at 1:00 p.m. PDT. This incredible Pokémon is said to be able to control time, so hopefully it won't wind the clock back to before you caught it!

To catch Dialga, you can use only the Premier Balls you earn from defeating it, so it's crucial to be prepared. Help your team take over the Gym before the raid starts, battle alongside your friends, and pick Pokémon that will perform well in battle to maximize your chances. Check out our guide to training Pokémon in Pokémon GO to get your team up to speed, and then read on for some tips specific to the Temporal Pokémon.

Use your strongest Fighting-type and Ground-type Pokémon. Dialga is weak against only these two types, and you'll get more Premier Balls by increasing the damage you deal rather than reducing the damage you incur. Machamp is king for this encounter, while its fellow Fighting types Hariyama, Breloom, and Lucario will be your next-best options. Groudon is the only Ground-type Pokémon that's likely to have an earthmoving impact on this encounter, but Rhyperior and Mamoswine are solid choices to fill out your group. (Note that you do not want Mamoswine to use its Community Day move, Ancient Power, in this battle.)

Prepare for Dialga to use powerful Steel- or Dragon-type attacks. The Legendary Pokémon can potentially use Fast Attacks and Charged Attacks that match either of its types, and it may also know the Electric-type Charged Attack Thunder. Unlike in most other Raid Battles, there's not much you can do to exploit Dialga's moves, because most of the Pokémon that resist its attacks won't deal much damage in return. Instead, prepare by making sure you have a backup party or healing items ready when you're taking on Dialga as part of a smaller group of Trainers.

Be wary of Dialga's many type resistances. Dialga has 10 resistances, so you'll be likely to deal reduced damage if you're not particular about your team. Stay away from Normal-, Water-, Grass-, Electric-, Poison-, Flying-, Psychic-, Bug-, Rock-, and Steel-type attacks. If you opt for a more defensive approach to this encounter instead of loading your team with Fighting types and Ground types, make sure your Pokémon aren't using attacks Dialga can easily shrug off.

Make each Premier Ball you earn count by aiming carefully, because you'll have a limited amount to catch Dialga with once you've defeated it. You can earn extra Premier Balls if you defeat Dialga alongside your friends, so be sure to bring them with you. Use a Golden Razz Berry before each throw, and remember to stock up on them beforehand by defeating other Raid Bosses.

The odds of capturing Dialga are greatest while the target ring is at a small enough diameter for you to score Excellent Throws, and throwing Curveballs can improve your chances further. But work within your abilities—if you don't think you can hit Excellent Curveballs reliably, aim for Nice Throws or Great Throws rather than risk missing the target ring completely.

Be careful not to waste your Premier Balls by throwing while Dialga is moving around. Wait for it to start acting up and for its target ring to disappear, then time your throw so that the Premier Ball lands as the target ring reappears.

Dialga is a tough Pokémon to catch, so don't be discouraged if it gets away the first time you defeat it. Stock up on useful items, such as Max Potions, Max Revives, and Golden Razz Berries, and try again later with some friends. Good luck with your next Raid Battle, and remember to check back on Pokemon.com/Strategy for more Pokémon GO, video game, and Pokémon TCG tips.