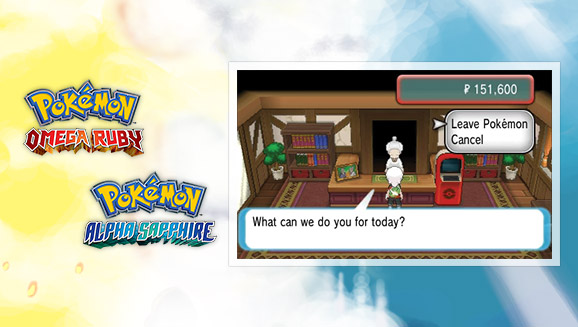 Pokémon Eggs are an important component when developing Pokémon for competitive battles. When you breed a Pokémon, you have a lot of control over its moves, Ability, Nature, and individual strengths—all important factors when preparing a strong Pokémon.

To have an Egg appear in your game, you must leave two of your own Pokémon—one male, one female—at a Pokémon Day Care. In Pokémon Omega Ruby and Pokémon Alpha Sapphire, there are two Pokémon Day Cares—one on Route 117 just west of Mauville City, and the other at the Battle Resort. In Pokémon X and Pokémon Y, the Pokémon Day Care is on Route 7. If you leave the two Pokémon in the Day Care long enough, a Pokémon Egg will appear. Producing an Egg is pretty easy to do, but there is one major condition—both of the Pokémon you leave need to be of the same Egg Group. There are 15 Egg Groups and every Pokémon belongs to one. For example, some Pokémon are in the Mineral Group, such as Graveler, Porygon, and Baltoy. Egg Groups are often made up of Pokémon that have similar bodies or live in similar places. Some Pokémon, such as all Legendary Pokémon, won't produce Eggs at all. While you can develop a Pokémon Egg with any two Pokémon in the same Egg Group, Pokémon Eggs will be discovered more quickly if the two Pokémon are of the same species or from different Trainers.

Eventually, a Level 1 Pokémon will hatch from the Egg. A Pokémon that hatches from an Egg is often different from either of the Pokémon that you left at the Pokémon Day Care. You can get a good idea of what to expect by following some basic guidelines. First, the new Pokémon will be the same species as the female Pokémon left at the Day Care, or its earliest pre-evolution (if it has one). For example, if you put a female Florges in the Day Care, the Egg you discover will be a Flabébé. The female Pokémon will also pass down its Poké Ball to the Pokémon hatched from an Egg. You can sidestep Egg Group matching with the help of Ditto. When Ditto is paired with a Pokémon in the Day Care, the Pokémon that hatches from the Egg you find will be the same as (or an Evolution of) the paired Pokémon, whether it is male, female, or of unknown gender. 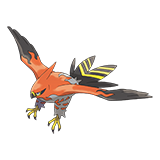 After you find two matched Pokémon and you've left them in the Pokémon Day Care for a while, the Day-Care staff will tell you that an Egg has appeared, and they'll give it to you as long as you have room in your party. To hatch a Pokémon Egg, you need to keep it in your party and carry it around with you on your adventures for a certain amount of time. During this period, it can't be used in battle or learn any new moves—it basically just takes up space. You can speed up the Egg-hatching process by putting one Pokémon with either the Magma Armor or the Flame Body Ability in your party, and you can also use the Breeding O-Power to further speed up the time it takes to hatch an Egg.

The moves the new Pokémon knows upon hatching are based on several factors. Some Pokémon learn Egg Moves, which are moves they wouldn't know if you just found the Pokémon in the wild. Then, if there's a level-up move that both the male and female Pokémon at the Day Care know, the Pokémon hatched from their Egg might learn it, too. Or, if the male Pokémon at the Day Care knows a TM or an Egg Move that the Egg can learn, the new Pokémon might start with that move. 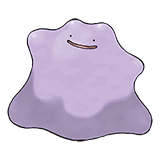 The Everstone and Destiny Knot are both important items. Getting an Everstone in Pokémon X and Pokémon Y is easy—wild Geodude, Graveler, and Roggenrola sometimes hold them, and a Scientist in Geosenge Town will give you one. On the other hand, getting one in Pokémon Omega Ruby and Pokémon Alpha Sapphire is a little more difficult, because these Pokémon are more difficult to encounter. It's hidden deep inside Granite Cave, so you'll need the Dowsing Machine, the Mach Bike, and a Pokémon that knows Flash to find it. However, if you have some Secret Pals, one of them might have the convenient skill Stone Searcher, which is likely to grant you an Everstone! Alternatively, in all four games, Inver might give you one as a reward for beating him soundly in one of his Inverse Battle challenges.

You can get a Destiny Knot in Pokémon X and Pokémon Y from a maid in the hotel in Cyllage City. In Pokémon Omega Ruby and Pokémon Alpha Sapphire, Lois and Hal might give you one after you battle them in Sea Mauville—keep battling until they hand it over!

Remember, when you're searching for a Pokémon in the wild with the Nature you want and at least a couple of individual strengths at their peak potential, the DexNav is extraordinarily helpful. It lets you see information about Pokémon before you encounter them, saving you a lot of time. Look for a Pokémon with three stars under Potential, meaning it has the maximum possible individual strength in at least three stats. The DexNav will also start discovering Pokémon with Hidden Abilities, a trait you won't ever find on a Pokémon via a simple encounter in the wild. (There's also a greater chance the Pokémon you find will be Shiny the more you've scanned it with the DexNav.) 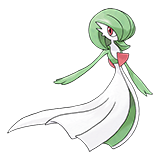 Let's say you're looking to develop a Gardevoir. Its first evolution, Ralts, is a common Pokémon found early in the Hoenn region of Pokémon Omega Ruby and Pokémon Alpha Sapphire. With the DexNav in Detector Mode, find as many Ralts as you can (you don't need to defeat them). The more you find, the more you'll start detecting Ralts with max potential individual strengths for multiple stats and possibly the Telepathy Hidden Ability (the Ability Trainers often prefer for competitive play).

You'll need several of these Pokémon, including at least one male and one female. You'll want at least one Pokémon with a maximum individual strength in each stat you want your future champion Pokémon to have, one Pokémon with the desired Nature, and a female with your desired Ability. You won't know which stats have max individual strengths until you have the Pokémon analyzed by the Ace Trainer in the Battle Resort Pokémon Center if you're playing Pokémon Omega Ruby or Pokémon Alpha Sapphire or in Kiloude City in Pokémon X or Pokémon Y. This person will tell you which stats have max individual strengths for one of the Pokémon in your party.

Eventually, you will have a female Pokémon that has five (or, if you're really lucky, six) max individual strengths, plus the Nature and Ability that you prefer. It can be a bit of work, but you'll be rewarded with a Pokémon that is ready for top-level competition. Plus, the Pokémon you've been discovering will help you develop more Pokémon within their own Egg Group, so keep them around. Male Pokémon will be especially valuable, as they can help pass down their individual strengths to different species within their Egg Group.

With some effort and a little bit of luck, soon you'll have a full party of Pokémon that have been customized exactly how you want them. The next step is to train and prepare them for competitive play. 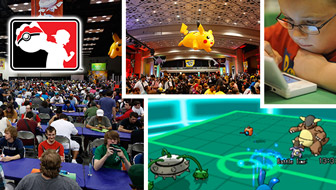