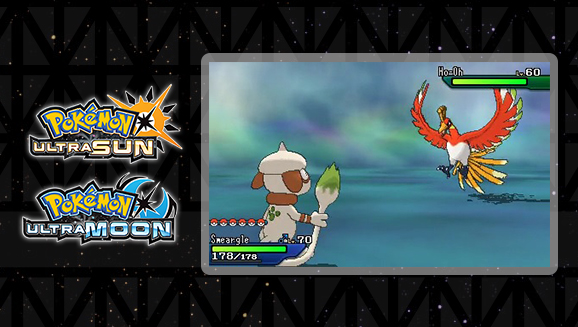 Here are some important factors that come into play when capturing Pokémon: the species of the Pokémon you're trying to capture, how much of the Pokémon's health is remaining, any status condition the Pokémon may be afflicted with, and the type of Poké Ball you're using.

We'll show you some of the best ways to gain advantages from each of these factors. Plus, thinking tactically when catching Pokémon can be more fun than just attacking and lobbing a pile of Ultra Balls. Most of these tips apply to any Pokémon you try to capture, so keep them in mind throughout the game.


Head to the Ultra Wormhole

It's pretty tricky to capture a Pokémon you haven't found, so the first step is tracking down the Legendary Pokémon. You'll need to complete most of your adventure before you can encounter these incredible beings. The Legendary Pokémon native to Alola can be found all over the islands, so search everywhere! Pay close attention to the ruins found on each island.

The Legendary Pokémon that aren't native to the Alola region can only be found through the Ultra Wormhole. You'll gain the ability to travel into the Ultra Wormhole with Solgaleo or Lunala using the Ultra Warp Ride feature, which is unlocked once you've progressed far enough in your adventure.

Your quest will start at the Altar of the Sunne (in Pokémon Ultra Sun) or the Altar of the Moone (in Pokémon Ultra Moon), where you'll find a shining fissure. You can then choose to enter the Ultra Wormhole, where you'll have to help guide Solgaleo or Lunala. As you travel, you'll discover warp holes that lead to different worlds. You'll be able to discover Pokémon that aren't found in the Alola region by entering these warp holes, including Legendary Pokémon and Ultra Beasts!

Get Your Pokémon in Sync

You can only capture one of each Legendary Pokémon, so we suggest taking extra care to make sure it will suit your intended strategies. Fortunately, you won't need to worry about the Abilities of Legendary Pokémon, and you'll be able to improve their potential later with some Hyper Training. The one thing that can't be changed later is your Pokémon's Nature.

Once the battle begins, your next goal is reducing the foe's HP as much as possible. As Pokémon lose more HP, they gradually become easier to catch. Be careful about using moves that could knock out the foe with a critical hit or inflict an unwanted status condition.

For the safest results, it's best to use moves that deal a predictable amount of damage. Super Fang and Nature's Madness are great options to start battles because they deal half of the target's current HP in damage. You can even take down 75% of the target's health using the tapus' exclusive Z-Move, Guardian of Alola! The moves Night Shade and Seismic Toss deal damage equal to the user's level, making for another great way to deal predictable damage.

But be careful—all those attacks can eventually cause your quarry to faint. The best way to whittle down the last bit of the target's HP is with False Swipe or Hold Back. Neither of these moves will ever knock the target out, allowing you to reduce their HP to 1 safely. TM54, which you get as a reward early in your adventure, conveniently allows you to teach many Pokémon False Swipe, so make sure one of your Pokémon knows it before you enter battle.

Inflicting status conditions is another great way to increase the odds of capturing a Pokémon. Not all status conditions contribute equally, though, so be choosy about which you inflict. Pokémon that are asleep or frozen are easier to capture than those that are poisoned, paralyzed, or burned. There's no easy way to freeze wild Pokémon, so you'll probably want to focus on the sleep status condition.

The most reliable way to inflict sleep is with the move Spore. Paras, Parasect, Shroomish, Foongus, Amoonguss, Morelull, and Shiinotic learn this move naturally, and a Smeargle can be taught Spore through its Sketch move. If you don't want to track down a Pokémon that knows Spore, try Yawn, Sleep Powder, Lovely Kiss, Hypnosis, Grass Whistle, Sing, or Dark Void for less accurate alternatives. And if you don't have any means at all of putting a Pokémon to sleep, try for paralysis instead with Thunder Wave (TM73, found in Malie Garden).

Train Pokémon for the Job

Given that there are so many Legendary Pokémon in Pokémon Ultra Sun and Pokémon Ultra Moon, you might find it worthwhile to train a Pokémon or two that specialize in helping you capture other Pokémon. Perhaps the best Pokémon for this role is Smeargle (found on rare occasions on Route 2), which can learn any four moves you desire with Sketch.

Here are some moves to consider:

Stock Up on Poké Balls

It's easy to reach for Ultra Balls any time you're looking to catch a Pokémon, but other Poké Balls can be more effective in specific situations. No matter what type of Poké Balls you decide to use, don't forget to bring a lot of them.

Net Balls are much more effective than Ultra Balls against Bug- and Water-type Pokémon, so they're a great choice against Kyogre, Palkia, Suicune, and Tapu Fini. They can even be bought almost as cheaply as Ultra Balls in Paniola Town.

Timer Balls can also be purchased for a modest price in Paniola Town. They won't be effective at the start of battles, but try lobbing these strange Poké Balls if you're struggling through a long battle. If you've been staring at a Pokémon for dozens of turns, Timer Balls are a great way to end things.

The last easily accessible Poké Ball to consider is the Dusk Ball, which can be purchased on Route 8. They're especially effective while you're in a cave or if you're outside at night. Just remember they won't be very effective when the sun is out.

Bust Out the Good Stuff

The largest Legendary Pokémon are perfect targets for Heavy Balls. Dialga, Giratina, Groudon, Heatran, and Regigigas are the most vulnerable to Heavy Balls, but you'll still get better performance from Heavy Balls than Ultra Balls against more than a dozen of the other Legendary Pokémon.

Be Careful with Your Master Ball

Master Balls will capture any Pokémon without fail, but they're also the rarest of all Poké Balls. They aren't quite unique—you can get an additional Master Ball by registering for the Pokémon Global Link before January 29, 2018, or by getting incredibly lucky at certain lotteries—but you should be careful not to use them carelessly.

We especially suggest you refrain from using them on Solgaleo or Lunala. These Pokémon are a little easier to capture than most other Legendary Pokémon, and the story won't progress until you make the catch. Even Necrozma is accessible easily enough that it might be better to save your Master Ball for more evasive foes like Mewtwo, Giratina, or Xerneas.

It isn't just Poké Balls you should stock up on. Make sure you purchase plenty of Revives and HP-restoring items before you go hunting for Legendary Pokémon. These Pokémon are powerful—you don't want to wind up with your party defeated because you had a hard time just surviving the battle!

PP-restoring items can be more difficult to acquire than HP-restoring items because you can't purchase Ethers or Elixirs from Poké Marts. However, growing Leppa Berries at the Poké Pelago is an easy way to create a nearly unlimited source of PP.

Consider your Pokémon's held items, too. Try giving the Leftovers item to the Pokémon that will be on the field while you throw Poké Balls so it stays healthier if your mark keeps breaking free. If you have a Pokémon whose only job is using False Swipe or Hold Back, it may benefit from a Choice Band or Silk Scarf to increase its damage.

Get Help from Rotom

Your Rotom Dex can also be a big help against the most challenging Pokémon.

The special items you get from your Roto Loto can have a variety of powerful effects. Against Legendary Pokémon, there's one incredible item you should be on the lookout for—Roto Catch. Make sure to save them for Legendary Pokémon! The impact of the Roto HP Restore and Roto PP Restore items aren't as overwhelming, but they can also be a great help in longer battles. 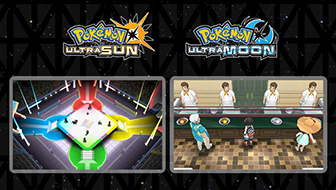 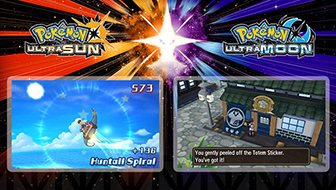