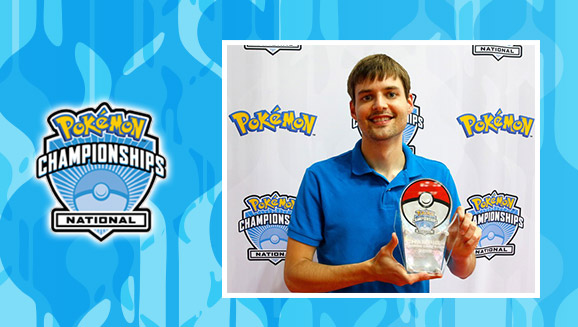 Chatting with the Pokémon TCG Champion

Pokemon.com: You have a lot of accolades on your résumé, but US National Champion was the one that had eluded you—until last year. Now that you’ve had a year to reflect, what does that victory mean to you? 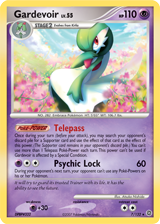 Until last year, the closest I had gotten to winning US Nationals was Top 8 in 2004. 2004 was a year I had barely played, and I remembered making a blunder by playing an unnecessary Copycat Supporter on the second turn of Game 3, putting my hand down to four cards, and quickly losing myself the game. Four years later, in 2008, I was knocked out of Top 16 in a Gardevoir/Gallade mirror match vs. Mike Fouchet, and I wondered if I had missed my last opportunity to win a National Championship. However, after squeaking into Top 8 as the eighth seed last year, I was given one more chance, and was fortunate enough to be able to capitalize on it. Waiting so long to finally capture the title definitely made it even more satisfying.

Pokemon.com: US Nationals is unique in that it has a massive number of participants, sometimes close to 1,000 in the Masters Division. How do you prepare for an event of that magnitude?

Big or small, the best way to prepare for any event is to practice and work on perfecting your deck list. However, with a large event like US Nationals, I try not to get too fancy with my deck choice. When there are hundreds of players, you know you’ll encounter a variety of decks, so I’ve found it’s better to play a consistent and reliable deck instead of trying to develop a deck aimed at countering a select deck or two.

Pokemon.com: The Standard format seems to have quite a few powerful strategies at the moment. What decks do you expect to see at the event? Do you think XY—Fates Collide introduces any new decks to the tournament environment? 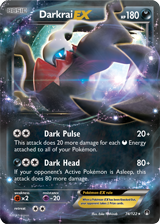 I’m sure we’ll see plenty of the same decks that have been successful over the season: Night March, Trevenant, Vespiquen decks, Seismitoad-EX decks, as well as the decks that started to perform well more recently, like Greninja BREAK, Bronzong/Genesect-EX, and Darkrai-EX/Giratina-EX/Garbodor. I was definitely happy to see N get a reprint in Fates Collide, as I feel like it restores a skillful (and exciting) element to the game. And Mew was another one of my favorites as well, since it allows some new strategies.

Pokemon.com: Do you practice as much as you used to? Do you prefer to practice in person, or do you play the Pokémon TCG Online instead?

Depending on the format, I might practice a lot or not so much. I admit this year’s format hasn’t been one of my favorites, so I haven’t played it as much as past ones. The Pokémon TCG Online is of course great for preparing for events, since you can connect with players across the world, day or night, but playing Pokémon in person will always be my favorite. The suspenseful and exciting moments that Pokémon matches create are more enjoyable in person, especially with friends.

Pokemon.com: What advice would you give players who are competing in US Nationals for the first time?

Stick with the deck you’re most comfortable playing, and don’t be spooked into making some last-minute switch to a deck you haven’t played until the night before the tournament. Also, have fun. Don’t beat yourself up over misplaying—it’s part of the game, and no one plays perfectly in every match.

I’ve always found that the most skilled players excel especially in formats immediately after a new set has been released, since they are given an opportunity to use their skills to come up with innovative new decks and strategies. Having a new expansion immediately before the most prestigious event of the year seems fitting, and I think it will be warmly welcomed by the game’s top players.

Pokemon.com: You’ve been playing the Pokémon TCG competitively ever since Base Set—over 15 years at this point. What are the biggest changes you’ve seen in the game and the community over that time span?

The game’s certainly grown, and while that’s great since it gives us bigger events and better prizes, I’d be lying if I said I didn’t sometimes miss the old days, where events were smaller and everyone seemed to know everyone by name. Pokémon has always been unique among trading card games in having a particularly welcoming and friendly community, and I’d hate to see it lose that.

Pokemon.com: What do you enjoy most about the Pokémon TCG? What keeps you playing?

The game itself is simply fun to play, and I enjoy trying to come up with the “best” deck, then trying to find ways to counter that deck. The creativity combined with the strategic aspect are enough to make a great game, but the added element of an exciting topdeck or game-changing coin flip make it even more fun to play.

If you can’t make it to Columbus, be sure to follow all the action on Pokemon.com/live. Remember to keep checking Pokemon.com/strategy for more in-depth coverage and analysis of Pokémon games and competitions.