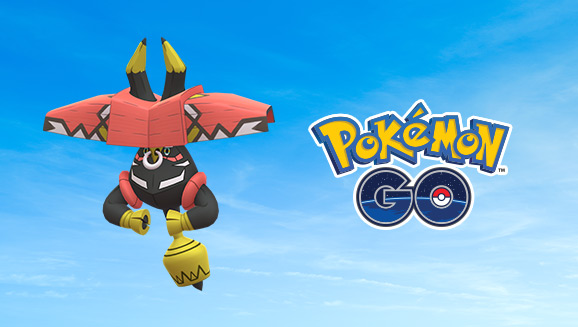 Tapu Bulu is a Grass- and Fairy-type Legendary Pokémon originally discovered in the Alola region. This guardian deity of Ula'ula Island is a lazy Pokémon. Tapu Bulu causes vegetation to grow, and then absorbs energy from the growth. Learn which Pokémon will be most effective in Raid Battles against Tapu Bulu, how to catch Tapu Bulu after winning a Raid Battle, and how best to use the Land Spirit Pokémon after you've caught it.

As a Grass- and Fairy-type Pokémon, Tapu Bulu is vulnerable to Fire-, Ice-, Poison-, Flying-, and Steel-type attacks. When selecting Pokémon for your Tapu Bulu Raid Battle lineup, it helps to choose Pokémon that have a Fast Attack and Charged Attack of one of these types if you want to deal as much damage as possible. It's not necessary to choose only Fire-, Ice-, Poison-, Flying-, or Steel-type Pokémon, but a Pokémon that shares a type with these attacks will benefit from a same-type attack bonus, which will allow these attacks to deal an additional 20% damage.

After a successful Tapu Bulu raid, you'll have a limited number of Premier Balls you can use to catch Tapu Bulu, so make each one count. You can earn extra Premier Balls by battling with friends and defeating Tapu Bulu more quickly.

In an encounter with Tapu Bulu, your chance of catching it is greatest when the target ring is small enough for you to score Excellent Throws. Throwing Curveballs can improve your chances even more. But work within your abilities—if you don't think you can reliably make Excellent Curveball Throws, aim for Nice Throws or Great Throws rather than risk missing the target ring completely.

Tapu Bulu isn't going to make it easy on you by sitting still while you're trying to catch it. Don't waste your Premier Balls by throwing while it's moving around. Watch the Pokémon to get a feel for its cycle of movement and the pauses in between the cycles. During one of these pauses, wait for the target ring to reappear, and then throw as it starts to grow smaller to increase your odds of making a Great Throw or an Excellent Throw.

Like all Legendary Pokémon, Tapu Bulu is tricky to catch, so don't be discouraged if it escapes. Get a second wind by stocking up on useful items—like Max Potions, Max Revives, and Golden Razz Berries—and try again.


What to Do with Tapu Bulu Once You've Caught It


As a Grass- and Fairy-type Pokémon, Tapu Bulu is resistant to Water-, Grass-, Electric-, Fighting-, Ground-, Dragon-, and Dark-type attacks. Besides being a substantial list, Tapu Bulu's resistances are particularly notable as they cover a lot of Pokémon favored in the Ultra League and the Master League. Tapu Bulu's resistance to these prominent types, combined with its wide range of Charged Attacks, could make it the addition your GO Battle League lineup needs.

A common challenge in the GO Battle League is finding a Grass-type Pokémon to counter powerful Water- and Ground-type Pokémon like Swampert, Kyogre, Groudon, Rhyperior, and Stunfisk. While there are plenty of Grass-type Pokémon, few have the necessary CP to take on the powerful Dragon-type Pokémon you tend to face in the Master League. Tapu Bulu has high CP and the equally important Fairy-type advantage that can allow it to take on prominent Dragon-type Pokémon like Dragonite, Garchomp, Palkia, and Giratina. Tapu Bulu's typing also makes it useful against powerful Raid Bosses such as Machamp, Palkia, Darkrai, Terrakion, Zekrom, and Kyurem, among others. All these advantages make Tapu Bulu an excellent addition to your lineup.

To capitalize on Tapu Bulu's potential, particularly in the GO Battle League, it's important to choose the right moves. Tapu Bulu's Grass-type Fast Attack Bullet Seed benefits from a same-type attack bonus and is most useful against Ground- or Water-type Pokémon. It's also worth noting that the Fighting-type Fast Attack Rock Smash is effective against Ice- and Steel-type Pokémon, both of which Tapu Bulu is vulnerable to. When choosing moves, consider the Pokémon you've encountered recently in battle as well as the capabilities and weaknesses of the other Pokémon in your lineup.

To maximize Tapu Bulu's competitive potential, make use of its vast array of Charged Attacks by teaching it a second Charged Attack. To do this requires a lot of Tapu Bulu Candy and Stardust, so you'll want to catch as many Tapu Bulu as you can. It's highly recommended that you pick two different types of Charged Attacks to cover the broadest range of Pokémon types and weaknesses. While each of Tapu Bulu's potential Charged Attacks has its strengths, the Grass-type Grass Knot and Fairy-type Dazzling Gleam are a powerful combination and both benefit from a same-type attack bonus.