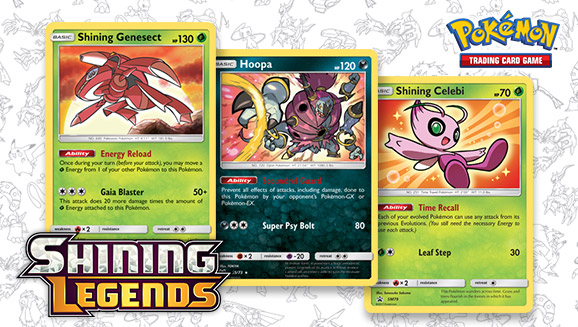 Pokémon TCG: Shining Legends is full of memorable cards to collect, and it has plenty of Pokémon that enable new strategies in your decks, too. These Pokémon have impressed in recent competitions by fueling fun, creative ways to win. The decks here won't feature many Pokémon-GX or huge attacks, but they've proven they have what it takes to rack up wins at massive events. Make sure to carefully consider the cards you get from your next booster pack—they might be stronger than they first seem! 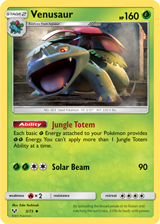 A pairing of Grass-type cards from Shining Legends left many of Harrison Grandish's opponents green with envy at a recent Regional Championships.

The first card, Venusaur, was included in the deck for support. Its Jungle Totem Ability enhances its allies' power by making each basic Grass Energy card attached to them provide two Grass Energy instead.

Jungle Totem is great for any deck that needs a lot of Grass Energy, and perhaps no Pokémon benefits from it more than Shining Genesect. Its Gaia Blaster attack does 50 damage to start with—plus 20 more damage times the amount of Grass Energy attached to it. Note that word “amount,” because that's important—what we're counting here isn't the number of Energy cards, but the amount of Energy produced. So with Jungle Totem, that extra damage quickly hits levels normally reserved for Pokémon-EX and Pokémon-GX. Shining Genesect's Energy Reload Ability even lets you move Grass Energy from your other Pokémon to it, meaning you can power it up quickly. 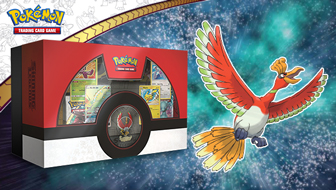 A Gathering of Legendary Pokémon 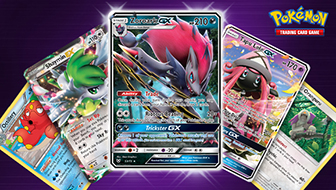 Zoroark-GX’s tricks of the Trade make it the newest member of an elite group of Pokémon.

The Standard format deck above shows off plenty of ways to make the most of Venusaur's Jungle Totem by getting lots of Grass Energy in play. Max Elixir is a great way to get basic Energy onto the board quickly, and it's particularly strong in this deck because each Energy can have double value. Lurantis-GX's Flower Supply can get two Energy back from the discard pile, and its Chloroscythe-GX attack does 50 damage times the amount of Grass Energy attached to it—an attack that, like Gaia Blaster, quickly becomes overwhelming with help from Venusaur.

It's important to keep Grass Energy on the field with this deck, so Wishful Baton is crucial to conserve Energy after a Pokémon is Knocked Out. The type-specific Revitalizer is a great help—this deck runs minimal copies of Ivysaur, Venusaur, Fomantis, and Lurantis-GX, so it's important to be able to recover these Grass-type Pokémon if they're Knocked Out early in the match.

Hoopa's Scoundrel Guard Ability is similar to the Safeguard Ability we've seen before on Pokémon like Carbink—it prevents all effects of attacks, including damage, done to Hoopa by opposing Pokémon-GX and Pokémon-EX. Hoopa's Super Psy Bolt attack requires three Energy to do 80 damage, so it can be tough to maneuver into a better position than a draw. Hoopa may shine brightest in decks that focus only on preventing Knock Outs. For the deck below, a stalemate is a victory.

Wailord-EX is probably best remembered from Enrique Avila's second-place finish at the 2015 US National Championships, but new cards like Hoopa have helped Wailord-EX resurface in the Expanded format. Hoopa joins several new cards that helped breathe new life into the version of this deck that Evan Smith used to win the Dallas Regional Championships Senior Division.

With only one Energy card, this deck won't Knock Out any Pokémon—the goal is just to outlast foes. Wailord-EX's high HP makes it tough to Knock Out at the best of times, and Hoopa and Xurkitree-GX add to the fun by avoiding damage from some foes completely. Decks that can attack only with Pokémon-GX or Pokémon-EX will fail against Hoopa, while decks that rely on Special Energy will have no success against Xurkitree-GX. Its Lighting-GX is the only usable attack in the deck, but it doesn't do any damage—instead, it forces the opponent to put down one more Prize card in their quest to defeat this frustrating deck.

Take inspiration from the Trainer cards in this deck any time you're looking to build your own deck that wins through attrition. Enhanced Hammer, Plumeria, Team Flare Grunt, and Team Skull Grunt combine to deny the opponent the Energy cards they need to attack. The few attacks that do get through won't usually do much—they can be easily negated by Acerola, AZ, Max Potion, and Robo Substitute. Team Rocket's Handiwork and the venerable Hugh help finish the job by making sure the opponent runs out of cards first. Matches involving this type of deck will never be brief, but try it out if you're the type of player who enjoys tormenting your opponents a little. 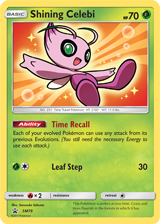 One of the most interesting Pokémon available in Pokémon TCG: Shining Legends is Shining Celebi. Its Time Recall Ability allows each of your evolved Pokémon to use any attack from its previous Evolutions, much like the popular Shrine of Memories Stadium card from XY—Primal Clash. Please note that Shining Celebi can't be found in booster packs—it's available only as a promo card in the Shining Legends Super-Premium Collection.

Shining Celebi's Time Recall allows you to form strategies that combine tricky attacks from Basic and Stage 1 Pokémon with the Abilities and higher HP of fully evolved Pokémon. Time Recall provides the same effect as Shrine of Memories, but getting the effect from an Ability provides some unique benefits: Pokémon are easier to search for than Stadium cards because of Brigette and Ultra Ball, and it's often more difficult to Knock Out a Benched Pokémon than to discard a Stadium.

You won't be able take all six of your Prize cards with this deck, either. You'll need to work to set up your side of the field to have a Stoutland in the Active spot; a Devolution Spray in your hand; and a Pikachu, Raichu, and Shining Celebi on your Bench. These Pokémon don't have high HP or strong attacks, but together they create one of the firmest win conditions ever seen in the Pokémon TCG.

Shining Celebi enables a wonky strategy that allows you to use Raichu's Evoshock Ability to leave the opponent's Active Pokémon Paralyzed each turn. For this to work, you'll need to evolve Pikachu into Raichu every turn. If you use Devolution Spray on Raichu to devolve it into Pikachu, it won't be able to evolve again on the same turn, so you'll need to alternate evolving two different Pikachu to create the lock.

You'd normally run out of Devolution Spray quickly, but that's where the combination of Lillipup plus Shining Celebi or Shrine of Memories kicks in. The other cards enable Stoutland to use Lillipup's Pickup attack to put a Devolution Spray from your discard pile into your hand every turn and start the cycle anew. Stoutland's Sentinel Ability finishes the lock by preventing your opponent from using Supporter cards. Without cards like N and Guzma, most decks will be rendered helpless once your plan is complete!

No article about battling with cards from Pokémon TCG: Shining Legends would be complete without Zoroark-GX. Few cards are more exciting to pull from a booster pack than this powerful card, which has appeared in many of the top-performing decks from recent tournaments.

Zoroark-GX combines the card-drawing Trade Ability with high HP and reliable damage thanks to its economical Riotous Beating attack. Its varied strengths mix well with many other Pokémon and decks, including Lycanroc-GX and Golisopod-GX in the Standard format, as well as Night March, Lycanroc-GX, Golisopod-GX, and even decks where it's the only primary focus in the Expanded format. In fact, Zoroark-GX has proven so successful that it may be the card to beat in both the Standard and Expanded formats. Be sure to give it a shot if you have one (or more). (Read more about Zoroark-GX strategies here!)

You can see all of the Pokémon TCG: Shining Legends collections at the expansion's site. And don't forget to keep checking back at Pokemon.com/Strategy for more Pokémon TCG and video game strategy, tips, and tournament analysis.

A Gathering of Legendary Pokémon

Zoroark-GX’s tricks of the Trade make it the newest member of an elite group of Pokémon.