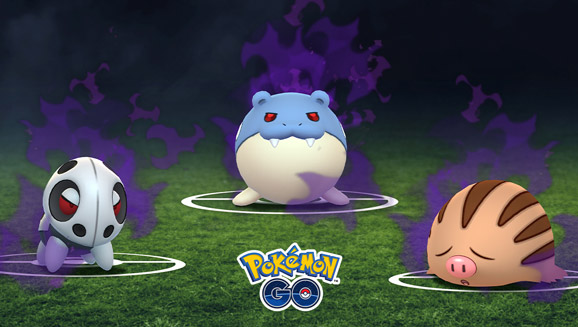 Shadow Pokémon in Pokémon GO: TM Away Frustration, Plus Tips on Training and Purifying

There's nothing more frustrating than defeating a Team GO Rocket grunt and successfully catching the Shadow Pokémon they left behind, only to realize you're stuck with a single Charged Attack—Frustration. Shadow Pokémon are particularly powerful, dealing an additional 20% damage per attack, but Frustration isn't nearly as impressive. This Normal-type attack deals a disappointing 12 points of damage even with the damage bonus. Unlike other Charged Attacks, you can't use a Charged TM to help your Shadow Pokémon forget Frustration unless there's a special event going on—and the wait is over! Pokémon GO's Power Plant event will now allow you to TM away Frustration until January 30, 2022, at 10:00 a.m. local time.

To take advantage of this rare opportunity, you first need to know how to help your Shadow Pokémon forget Frustration and how to obtain the necessary Charged TMs to make that happen. Though a serious undertaking, Shadow Pokémon are incredibly useful allies in Raid Battles—their unique strength can help you defeat Raid Bosses quickly.

Given that the last opportunity to TM away Frustration was in November 2021, Trainers should make the most of this brief period while they can. Any Shadow Pokémon you're considering using in the GO Battle League or Raid Battles should learn a new Charged Attack—if not two—but first they need to forget Frustration.


How Powerful Are Shadow Pokémon?

Shadow Pokémon pack a serious punch; all of their attacks deal an additional 20% damage. Though they also take 20% more damage from their opponent's attacks, there are certain situations where the advantage of extra power outweighs this consequence. Shadow Pokémon are the key when the goal is simply to deal as much damage as possible as quickly as possible.

In the GO Battle League, any Pokémon that can quickly deal large amounts of damage can give you an advantage, as it reduces the number of Charged Attacks your opponent can land and makes quick work of their Protect Shields.


How to TM Away Frustration

Find the Shadow Pokémon you want to teach a new Charged Attack to by opening the menu and tapping POKÉMON. You can enter the word “shadow” in the search bar to quickly view all your Shadow Pokémon. Once you've found the Pokémon you're looking for, tap the Pokémon, then tap the icon at the bottom right corner of your screen, and then select ITEMS from the menu that appears. Locate your Charged TMs, which will often be near the top of your list of available items. Tap your Charged TMs, and then confirm that you want to teach your Pokémon a new Charged Attack. Your Pokémon will learn a new Charged Attack and forget Frustration. Please note that your Pokémon can't relearn Frustration.

If you're hoping to teach your Shadow Pokémon an exclusive attack that's only offered during Community Day, you'll want to TM away Frustration before you evolve that Pokémon. Otherwise, you risk wasting an Elite Charged TM teaching that evolved Pokémon the special attack.

Even if you don't have a specific role in mind for a Shadow Pokémon you've caught, it's a good idea to utilize this window of opportunity to forget Frustration anyway. You never know when you may want to include any of your Shadow Pokémon on your team!


Advantages of Purifying Your Shadow Pokémon

Of course, there's another way to avoid the frustration of Frustration: you can purify your Shadow Pokémon. There are plenty of points in favor of purifying. First and foremost, you can purify a Pokémon anytime. It also costs significantly less Candy and Stardust for a Purified Pokémon to power up, evolve, or learn a new attack than a Shadow Pokémon. A Purified Pokémon also receives a significant boost to its HP, Attack, and Defense.

Perhaps most importantly, Purified Pokémon will forget Frustration and learn the Charged Attack Return, a Normal-type attack that deals a whopping 130 damage in Trainer Battles. And unlike Frustration, you can use a Charged TM to replace Return at any time.

You can purify a Shadow Pokémon at any point, though it's best to do so before you power it up and accidentally burn through your hard-earned Candy and Stardust. It will cost you both Candy and Stardust to purify your Pokémon, and the amount is different depending on the Pokémon. For example, it can cost 1,000 Stardust and one Candy to purify a Shadow Weedle, but purifying a Legendary Shadow Pokémon can require up to 20,000 Stardust and 20 Candy.

To purify your Pokémon, simply tap the pink PURIFY button located above the POWER UP button on the Pokémon's information screen.


How to Obtain Charged TMs

You're going to need a cache of Charged TMs if you want all your Shadow Pokémon armed with a Charged Attack that isn't Frustration—or if you're looking to equip your Purified Pokémon with the perfect Charged Attack! If you frequently battle Team GO Rocket or participate in the GO Battle League, an excess of Charged TMs can help set your team up for victory. Fortunately, there are a few different ways to get Charged TMs, though most methods don't guarantee a Charged TM as a reward.

So, what are you waiting for? Get out there, and teach your Shadow Pokémon a new Charged Attack!