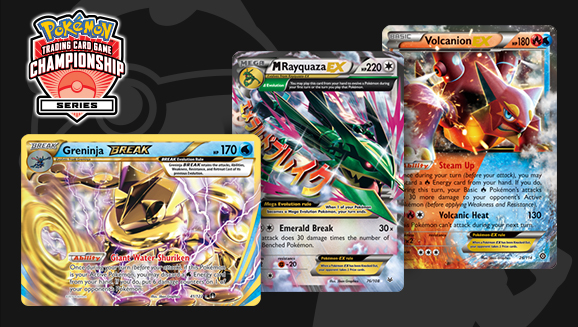 Prepare for the 2017 Standard Format Rotation!

Every year, the Pokémon TCG rotation phases some older expansions out of the Standard format. Some decks fade away, some have to adapt, and some become even stronger. For the 2017 Play! Pokémon season, we say goodbye to XY—Kalos Starter Set through XY—Phantom Forces, meaning that XY—Primal Clash and beyond will be Standard legal. Let's take a look at some changes to expect as the new tournament season gets under way.

Changing of the Guard 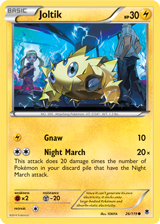 Several Pokémon that were the centerpieces of successful strategies will be rotating out of the 2017 Standard format. One change that many players may be happy about is the absence of Night March—no more worrying about Joltik and Pumpkaboo. One of the most dominant decks in recent history will be exiting the Standard format, which should give some life to new strategies.

Metal-type decks will be taking a big hit, since now they'll have to operate without the Energy acceleration of Bronzong's Metal Links Ability. Aegislash-EX, the backbone of many Metal decks, also goes away. Other popular Pokémon such as Aromatisse, Mega Manectric-EX, and Manectric-EX will leave the Standard format as well. 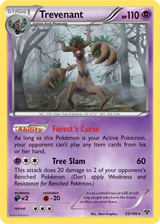 Shutting down Item cards was a big theme of the 2016 Standard format, but many players will be relieved to know that Trevenant won't be around anymore. The fear of a first-turn Forest's Curse Ability locking down Item cards will be gone, opening up a window for new strategies to emerge. Likewise, Seismitoad-EX has wreaked havoc for quite some time, but the era of Quaking Punch is coming to an end. Perhaps we'll see less of these disruptive deck styles in the 2017 Standard format. 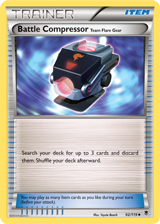 Trainer cards are always a big part of the Pokémon TCG, and there are always a few key ones that get lost in the rotation. Battle Compressor was one of the most influential Item cards in recent memory, but now players will have to adapt without it. Any strategy that relies on getting cards into the discard pile will be a little tougher to execute without Battle Compressor. In particular, Pokémon such as Vespiquen may struggle in the Standard format without an easy way to discard Pokémon.

Fire-type strategies lose some luster without the Energy acceleration of Blacksmith. We saw Pokémon such as Entei have success in the Standard format with the help of this Supporter card, but it just won't have the same blazing speed now. Similarly, Psychic-type strategies lose the boost from Dimension Valley, which has been crucial for Trevenant BREAK and other Psychic-type Pokémon. 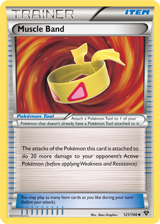 Pokémon Tool cards will get a big shakeup in multiple ways. High-impact cards such as Muscle Band and Focus Sash will rotate out, forcing players to think of other options. But here's a bigger change: all the Trainer cards that can discard Pokémon Tools are leaving the Standard format. Startling Megaphone and Xerosic are both lost in the rotation, which means Pokémon Tools can be attached with much less risk of losing them (although there are still attacks that can discard them). This is especially relevant for Garbodor, whose Garbotoxin Ability only works when Garbodor has a Pokémon Tool card attached to it. Strategically, the Pokémon TCG changes immensely when there's no easy way to get rid of Pokémon Tool cards. 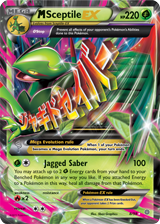 We've looked at what gets left behind, but now it's time to look forward to what decks could thrive in the 2017 Standard format. Greninja BREAK decks lose the XY Greninja and its Water Shuriken Ability, but otherwise the strategy remains relatively intact. It was a major contender in the 2016 Standard format, and odds are it will continue to have success in 2017. Then again, Mega Sceptile-EX and Serperior are still around, and they both do extremely well against Greninja.

The Mega Rayquaza-EX deck also survives the rotation without any major losses. In fact, many of its worst enemies are leaving the Standard format. A Weakness to Lightning-type Pokémon made it vulnerable to Joltik from Night March decks, and the Item lock from Trevenant decks was difficult to overcome. Shaymin-EX and Hoopa-EX are still around to support Mega Rayquaza-EX, keeping it fast and powerful. 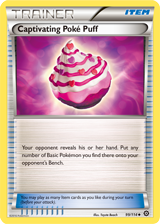 The addition of XY—Steam Siege is sure to shake things up as well. Decks focusing on Zoroark will continue to be viable, and they should gain strength from the new Item card Captivating Poké Puff. It can force the opponent to put more Pokémon onto the Bench, which boosts the damage of Zoroark's Mind Jack attack. Volcanion-EX is also sure to heat things up, using its Steam Up Ability to boost the damage of Basic Fire-type Pokémon. Perhaps an overlooked Pokémon such as Flareon-EX could gain some strength with this added support.

Unlike the Standard format, the 2017 Expanded format will remain unchanged. With each passing year, these two formats will look more and more different, creating two distinct, exciting environments for the Pokémon TCG. The Expanded format will be monitored aggressively, and any cards that are deemed unhealthy for that environment may be removed.

As more Pokémon TCG expansions are released, we'll keep track of which new strategies emerge and which old ones are able to adapt here at Pokemon.com/Strategy. The upcoming season's Standard format is sure to look quite different from the previous one. Exciting times are ahead, Trainers! Good luck coming up with your next deck!

Prizing for the 2016 Pokémon World Championships

The awards for the Pokémon TCG and Video Game World Championships events have been announced.

Prizing for the 2016 Pokémon World Championships

The awards for the Pokémon TCG and Video Game World Championships events have been announced.