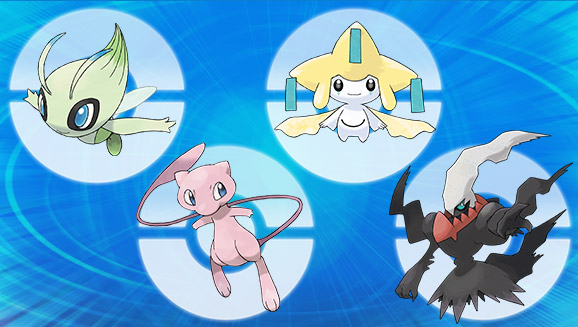 One of the most exciting parts of the Pokémon 20th celebration is the many Mythical Pokémon distributions. Jirachi is available right now via Nintendo Network until April 24, 2016, so make sure to pick it up! If you've been keeping up with the celebration of 20 years of Pokémon, you've already received Mew in February and Celebi in March. Plus, next month Darkrai will be available at participating GameStop stores.

These Pokémon will be very strong when you receive them, but you can use your skills as a Trainer to make the most of them. Here are some tips to help make your adventures even better. You can see more about the Mythical Pokémon distribution events at Pokemon.com/20.

Have a Little Heart

The Mythical Pokémon distributed as part of the 20th celebration are incredibly rare—so rare that players aren't allowed to use them in the Pokémon Video Game Championships or most Pokémon Global Link tournaments. Mythical Pokémon are quite powerful in battle, and they can be a great help in your adventures, too. Regardless of how you plan to train your Pokémon, one of the first things you'll probably want to do is teach them some of your favorite moves.

Each Mythical Pokémon will start out knowing the moves it knew when it first appeared. Plus, they all start at Lv. 100, so they're sure to be helpful as you continue your adventures. Since you receive these Pokémon at the highest level, they won't know many of the moves they would normally learn by leveling up. Don't worry—you can still teach them the moves they could have known at any stage of their training. If you find a Heart Scale, you can bring it to the Pokémon Move Maniac in Fallarbor Town in Pokémon Omega Ruby and Pokémon Alpha Sapphire or Madam Reminder in Dendemille Town in Pokémon X and Pokémon Y to help your Pokémon learn powerful moves. Each of these Pokémon can learn some really uncommon moves, so it's worth the effort to help them remember!

Wish upon a Star

Battles in which Mythical Pokémon are permitted tend to also involve a lot of Dragon-type Pokémon, so Jirachi's Steel- and Psychic-type can be a great asset. Jirachi is only available over Nintendo Network until April 24, 2016, so make sure to download it while you still can! Jirachi is known as the Wish Pokémon, and it certainly earns that title through the use of two powerful moves it can learn by leveling up: Wish and Healing Wish. 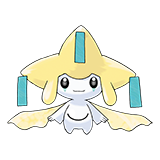 Wish is a move capable of healing Jirachi or its teammates, so it's most commonly used by a Jirachi acting in a supportive role on its team. In addition to Wish, try teaching Jirachi Thunder Wave and Iron Head. Thunder Wave paralyzes the foe, causing it to have a chance not to be able to attack, as well as reducing its Speed. Both of these effects work well with Iron Head, which can cause the opponent to flinch. Jirachi's Serene Grace Ability doubles the chances of the added effects of moves occurring, so opponents will have a very difficult time attacking through Iron Head's increased flinch chance and Thunder Wave's paralysis. If the opponent manages to attack, Jirachi can use Wish to restore its HP. It can even use Leftovers to slowly recover HP while its opponent struggles to attack!

Healing Wish is a risky move because it causes the user to faint. But that risk can be worth it because the Pokémon that switches in after Jirachi uses Healing Wish will have its HP restored and its status conditions cured. Since Healing Wish knocks out Jirachi, Trainers will want to save it until Jirachi is low on HP. Many players give their Jirachi a Choice Scarf to hold, which works well with Healing Wish. The boost in Speed from Choice Scarf normally enables Jirachi to move before its foes and take advantage of Iron Head's flinch chance. After Jirachi has traded blows and its HP has been reduced, you should switch it out of battle. It can return later to use Healing Wish and fully restore the health and status of a teammate, even if it uses Healing Wish while its own HP is very low!

The Mew you may have received in February comes ready to Pound its foes, but you'll want to teach it some more moves before bringing it to battle. Mew is a very special Pokémon that can learn all known TMs and HMs, and it can learn any move taught by a Move Tutor. No matter your style as a Trainer, Mew can learn moves to adapt to your strategy. 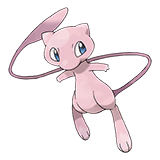 Mew learns tricky moves like Reflect Type, Me First, and Metronome through leveling up that can catch your opponent off-guard. Another fun move Mew can learn is Baton Pass to forward stat changes to a teammate upon switching out. Mew can learn an incredible variety of stat-increasing moves, and it's a stout enough Pokémon to endure a few attacks before using Baton Pass to power-up a teammate. Plus, it can learn Roost to help restore its HP after spending a turn or two increasing its stats. Or Mew could instead help your team as a stalwart defensive Pokémon, using Will-O-Wisp to weaken physical attackers, removing held items with Knock Off, and restoring its HP with Roost. The only restriction on Mew's strategy is your creativity.

The wide range of moves Mew can learn also helps out during regular gameplay. Teaching Mew powerful, accurate attacks—such as Psychic, Ice Beam, Thunderbolt, and Flamethrower—that are super effective against many different Pokémon types can allow Mew to defeat even the toughest Trainers you'll face during your adventures. Since Mew can learn all of the HM moves, it can be a great asset as you search for the secrets of Hoenn or Kalos. Mew is also likely to be much higher level than the wild Pokémon you face, allowing it to make great use of False Swipe. Teaching Mew Thunder Wave to paralyze foes, False Swipe to safely reduce the health of wild Pokémon, and Roost to restore its own HP can make it a great choice for helping to catch Pokémon. Mew can also learn Thief to take items wild Pokémon are holding, and its Synchronize Ability will increase the chance wild Pokémon have the same Nature that Mew does.

Celebi's distribution was in March, so if you missed it you'll have to trade with a friend (or wouldn't it be great if you could use Celebi's power to travel across time to get your own?). Celebi can learn many moves that heal and protect itself or its teammates, such as Recover, Heal Bell, Healing Wish, Leech Seed, and Safeguard. 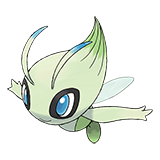 Like Mew, one of Celebi's coolest tricks is Baton Pass. While Celebi isn't able to learn the same variety of stat-increasing moves Mew does, a suite of Nasty Plot, Calm Mind, Substitute, and Swords Dance give it plenty of options. In place of Mew's Roost, Celebi learns Recover, allowing it to restore its health after increasing its stats. Celebi's Attack and Special Attack stats are even, so you can pick an attacking move that takes advantage of Celebi's Nature or the stat-increasing move you choose. You could also forego Baton Pass completely and let Celebi show off its own power after using its stat-increasing moves. Teach Celebi Recover, Nasty Plot, or Swords Dance, and two attacks to really help Celebi dish out the damage.

Celebi's supportive moves can also help your team. It'll know Heal Bell as soon as you receive it, a move that heals the status conditions of Celebi and each of its teammates. Few Pokémon can learn Heal Bell, so you may want to take Celebi along if you're concerned about status conditions. Celebi can also learn a variety of more common support moves, such as Thunder Wave, Helping Hand, Stealth Rock, and even Trick Room. Few Pokémon can learn more supportive moves than Celebi, so its presence is a sure way to keep your opponent guessing.

Darkrai will be available at participating GameStop stores between May 1 and May 24. The powerful Pokémon is a consensus top pick among players, as we've seen in past Pokémon Global Link tournaments where all Pokémon are allowed into battle, such as the Enter the Dragon competition. Darkrai's Dark Void attack has also been a popular tactic in the Pokémon Video Game Championships this year when Smeargle learns it with Sketch. Whether you intend to use Darkrai in battle yourself, or just want to use it to teach your Smeargle a powerful move, be sure to pick up Darkrai in May! 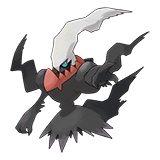 Darkrai's power comes from its high Speed, its Dark Void attack, and its Bad Dreams Ability. Dark Void can put all adjacent Pokémon to sleep in a Double or Triple Battle, a tactic that has certainly haunted some players' dreams. Dark Void is even more of a nightmare when used by Darkrai, as Darkrai's Bad Dreams Ability deals damage to its sleeping foes at the end of each turn. Bad Dreams can effectively negate an opponent's Focus Sash item or Sturdy Ability by delivering a pretty sizable chunk of extra damage at the end of the turn.

An excellent Special Attack stat enables Darkrai to deal plenty of damage with its special attacks, too. It can also learn Nasty Plot to further increase this stat. Darkrai can learn the reliable and powerful Dark Pulse, as well as Sludge Bomb, Thunderbolt, and Ice Beam. Try giving Darkrai a Life Orb to increase its damage, a Focus Sash to use Dark Void more safely, or a Choice Scarf to get Dark Void off quickly in Double or Triple Battles.

Those are just a handful of the awesome Pokémon you can get during this exciting year celebrating 20 years of Pokémon! Good luck guiding them toward victory in your next Pokémon battles. Keep watching the Pokémon 20th Celebration website and Pokemon.com to learn about future Pokémon distributions. Don't forget to keep an eye on the Pokémon Global Link as well, which sometimes gives away special Pokémon to players that participate in tournaments. And remember to check out Pokemon.com/strategy to find all the most recent strategy content and tournament coverage. 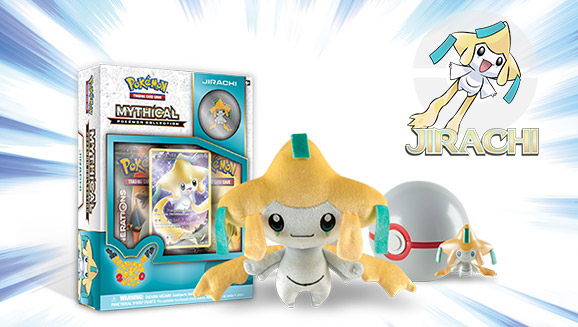 Jump for Jirachi in April! 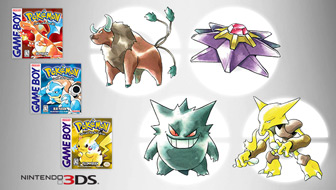 Everything you need to know to defeat your friends in Pokémon Red, Pokémon Blue, and Pokémon Yellow battles.

Jump for Jirachi in April!

Everything you need to know to defeat your friends in Pokémon Red, Pokémon Blue, and Pokémon Yellow battles.