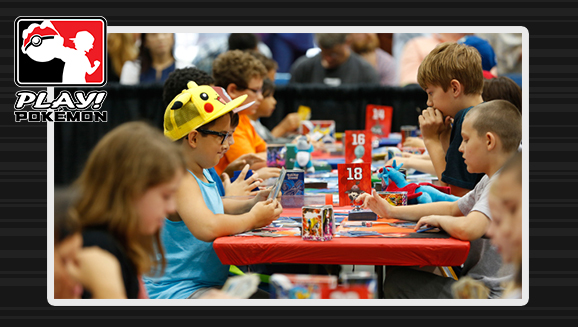 How to Prepare for a Pokémon TCG Tournament

There’s a lot to prepare before going into big tournaments, and if you’ve never attended one before, you need to know a few important things. You may have been practicing with your deck, fine tuning it and getting it ready for competition, and you may know all about the popular strategies and how to beat them. But preparation goes far beyond having a deck you think is good enough to win.

Whether it’s bringing the accessories you need, understanding the tournament environment, or maintaining your focus, winning at tournaments starts before you play your first round. Let’s look at some ways you can give yourself the best chance of having a successful tournament experience. 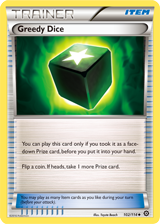 The biggest decision you have to make before a tournament is picking a deck. You only get to use one 60-card deck for the entire tournament, and you can’t swap out any cards during the event. Note that some events use the Standard format while others use the Expanded format—and some future competitions may switch formats halfway through! Be sure to look at the event listing for what the tournament format is and build your deck accordingly.

A great deck isn’t enough to win matches at a tournament. Even if you come up with a brilliant deck that seems powerful, you won’t have much success if a lot of other players are using a deck that beats yours. For example, a Mega Rayquaza-EX deck is very powerful, but you probably won’t win many games if your opponents are using Zebstrika decks. Researching and predicting what decks other players are likely to bring to the event is an extremely important part of tournament play. Practice against a wide variety of strategies so you’re prepared for anything that comes your way.

Once you’ve picked out a deck, you’ll need to fill out a deck list. Deck lists can be on plain pieces of paper, but it’s easier to use a custom form like this one. This might seem like a trivial step, but if you forget to list a card or don’t put down all of the correct information, there’s a high chance you’ll earn a penalty later in the tournament.

For each Pokémon in your deck, list out their quantity, card names, the set they’re from, and their collection numbers. For Trainer and Energy cards, you just have to list their quantity and card names. Some players fill out their deck lists the night before the event, and others wait until the last minute to decide what deck to use to gather as much information as possible. Both have their merits, but we recommend filling everything out in advance at your first major event. There’s a lot to do and remember at an event, so it’s good to have less to do right before it begins.

Also, before the day of your event, take a moment to figure out what supplies and accessories you need to bring. Each player is required to bring damage counters, a randomizer (such as a die or coin), and Poison and Burn markers. Deck boxes are commonly used to store cards, and card sleeves protect your cards and make them easier to shuffle through the duration of the event. It’s always a good idea to bring extra card sleeves, just in case the ones you’re using get damaged during a match. And remember your Player ID so your attendance and record can be accurately noted. 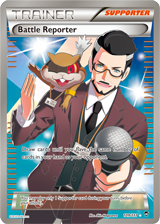 Playing in a major tournament is much different than practicing with friends or even playing at local events. Nearly all Pokémon TCG sanctioned competitions use the Swiss round tournament structure, meaning everyone plays the same number of rounds: even if you lose, you keep playing. In each round you’ll be paired with someone who has a record similar to yours.

In smaller events, the tournament ends when all of the rounds have completed. In bigger events the top eight players from the Swiss rounds move onto a single elimination bracket. Then players get eliminated round-by-round until a champion emerges. To win a tournament, you’ll have to battle through a lot of matches and face a lot of opponents.

The biggest difference between casual play and tournament play is the introduction of time limits. Regional Championships and other large scale events have a 50-minute time limit—plus three extra turns once time has expired—to decide a winner in best-of-three matches. If you win two games, you win the match. If you win the first game and time expires before the second game completes, you also win. (If you’re on the losing side of this equation, you lose the match.) However, if both players have won the same number of games when time has expired, the match ends in a tie—incomplete games don’t count for anything in the Swiss rounds.

The order of finish in the Swiss rounds is determined by match points: a win is worth 3 match points, a loss is 0 points, and a tie is 1 point. With this in mind, a major part of tournament play is understanding how time limits affect your chances of winning (rather than tying or losing). In a practice game, you may be inclined to play a game out to the end, trying to find any way to win.

However, in a best-of-three series with limited time, you must learn to recognize when your chances of winning aren’t very good. By drawing out a battle you probably aren’t going to win, you’re wasting precious time that you’ll need to complete the other games in the series. Sometimes the best strategy for winning a best-of-three match is a counter-intuitive one: conceding a game so you have enough time left to win the next two. It’s hard to remember this during the heat of an intense match, but you’ll need to keep these things in mind to give yourself the best chance of winning. 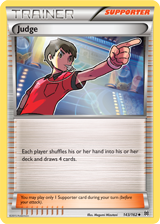 Be sure to arrive early, well before the competition begins. For most tournaments you’ll register on site prior to the event; and even if you’ve registered online for an event, it’s good to show up early so you can check in. Plus, you don’t want to be late for the pre-tournament players’ meeting, where you’ll go over the rules, schedule, and other important information prior to the first match.

At every competition you’ll find judges and tournament organizers there to keep track of the rounds and results, as well as to make sure every match is played fairly. If you ever have a question about the schedule, tournament format, or anything else, don’t be afraid to ask! The judges and organizer’s whole purpose is to make sure everyone knows what’s going on and to ensure a fair and fun competition.

The Pokémon TCG has a lot of rules and things to keep track of. Every once in a while, gameplay errors occur, such as playing two Supporter cards in a turn. If you ever find yourself in a situation like this during a match, don’t try to fix the situation yourself. Stop the game and call over a judge as quickly as possible. The judge will resolve the issue to the best of their ability, and a penalty will be issued if necessary. If you end up making a gameplay mistake and receiving a penalty, you’ll have to deal with another major part of tournament play: the mental game. 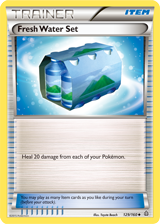 Pokémon TCG events are marathons. Sometimes they can last over 12 hours—and that’s not even counting the potential second day of competition that occurs at large events. You might be used to playing for a few hours, but playing intense matches for an entire day can wear on you both mentally and physically. By the end of the day, you might find yourself making silly mistakes that you never would have made at the beginning of the day. Everyone is human, and mistakes happen, but the best players find a way to stay focused at all times. Get a good night’s sleep, bring snacks and drinks to stay nourished, or take a walk outside to clear your head; do what it takes to make sure you don’t defeat yourself.

At some point during the event, you’re likely to encounter some kind of adversity: a bad starting hand, a bad matchup for your deck, an unlucky coin flip, a mistake during a match, and so on. These sorts of difficulties are unfortunate, but the important thing is how you respond to them. If you make a mistake, learn from it. If you got unlucky, shrug it off and move on—whatever it was has already happened, and dwelling on it won’t change anything. It’s important that you don’t enter a state that many players refer to as “tilt”—being blinded by frustration, causing you to lose focus and make mistakes. Controlling your emotions throughout a 12-hour tournament is no easy task, but doing so can only improve your chances of winning.

There will be players that are better or worse than you, players having lucky or unlucky days, and players whose approach to the game might not be the same as yours. Whether you win or lose, accept the outcome like a good sport and get ready for your next match. You’ll have a more fun experience, and so will your opponents.

Pokémon TCG tournaments are extremely difficult to win, but they’re absolutely thrilling and rewarding experiences. There’s nothing quite like the excitement of winning a hard-fought battle and having your hard work and practice pay off with a victory. It’s a great way to meet new friends, and there are cool prizes to be won.

Be sure to check our Event Locator to find tournaments in your area. Come prepared—and good luck, Trainer!