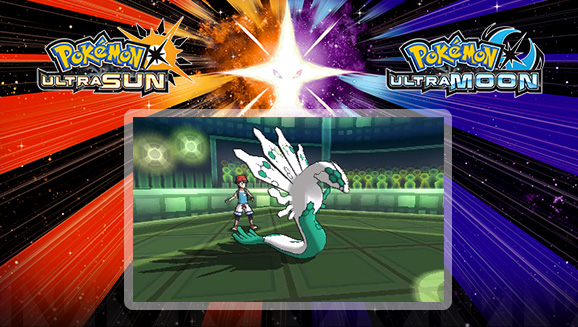 Trainers have had the opportunity to team up with a plethora of powerful Legendary Pokémon in 2018, but none will make your team as fresh as the recently available Shiny Zygarde. The minty-colored version of Zygarde has never before been available, so this is one truly rare Pokémon! Details about how to add Shiny Zygarde to your team are available at Pokemon.com/Legendary.

As strong as Zygarde is, it won't reach its full potential without your help. Whether you're looking to compete with other Trainers in Single Battles or Double Battles, or just hoping to make the most of your Pokémon, training your Pokémon wisely will make them more impressive yet. Read on for some tips to help Zygarde dominate battles.

It'll also be level 100 with Pokémon Ultra Sun and Pokémon Ultra Moon—perfect for Hyper Training. If you visit Mr. Hyper at the Hau'oli City Shopping Mall and present him with a Gold Bottle Cap, you can instantly max out your Legendary Pokémon's individual strengths. That quickly gets one big element of preparing for battle out of the way.

Even though it won't need any more Exp. Points, you should still take Zygarde into battle to train its base stats. You should also pay attention to its Nature, which has a big impact on how it performs in combat. Most Trainers look for Zygarde with Adamant Natures for competitions. This Nature best develops Zygarde's middling Attack stat. Strategies for Zygarde rarely involve using Special Attacks, so the other Natures that lower its Special Attack—Careful, Impish, and Jolly—can also be beneficial. You'll typically want to focus most of Zygarde's training on its Attack and Speed, but dedicating some of its training to HP is a great way to get the most out of a Careful or Impish Nature. Check out our guide to raising battle-ready Pokémon for details about training.

Don't forget you can help high-level Pokémon like Zygarde relearn moves it'd normally learn via leveling up by bringing a Heart Scale to Madam Memorial in the Pokémon Center on Mount Lanakila. You can collect Heart Scales easily by visiting the restaurants across Alola. You can also use the Zygarde Cube to teach Zygarde some powerful moves: Core Enforcer, Dragon Dance, Extreme Speed, Thousand Arrows, and Thousand Waves. These moves offer a serious boost to Zygarde's power, so don't forget about this unusual way to learn attacks. Read on for more on the Zygarde Cube below.

Not Even Its Final Forme

The Zygarde you receive will have the Aura Break Ability, which reverses the effects of Xerneas' Fairy Aura and Yveltal's Dark Aura Abilities. Reducing the damage inflicted by these powerful Pokémon is a neat trick, but we suggest bringing out Zygarde's true power with an Ability that can activate against any opponent: Power Construct.

The easiest way to acquire the necessary cells is to use the machine's Separation option on the Zygarde from Resolution Cave. You'll have a trickier time in Pokémon Sun and Pokémon Moon, where you'll need to travel around Alola collecting Zygarde Cells. Once you have the cells, choose the Assembly option and then the Zygarde and Zygarde Cube option on the machine to change Shiny Zygarde's Ability to Power Construct.

Zygarde will remain in its 50% Forme outside of battle, but Power Construct will enable it to transform into its Complete Forme when its HP is reduced to half or less. It gains an incredible amount of HP after transforming, making it one of the most durable Pokémon ever discovered!

The Pokédex describes Zygarde as more of a protector than an aggressor, and its performance in battle justifies that. Zygarde isn't the sort of Pokémon that easily scores knockouts as soon as it's sent into battle. Instead, it succeeds through durability and using moves or items to increase its damage output. Its signature Thousand Arrows attack aids most strategies by providing accurate, reliable Ground-type damage against almost any foe—hitting even Flying types and Pokémon with the Levitate Ability.

Most of Zygarde's strongest Single Battle strategies involve Dragon Dance, so dust off that Zygarde Cube if you haven't already. The more aggressive angle is to teach Zygarde three attacks—Thousand Arrows, Extreme Speed, and Outrage—and give it a damage-boosting item like Life Orb or Dragonium Z. However, if you're feeling a little more conservative, teach it Substitute instead of Outrage, and give it a more defensive item like Leftovers or a Figy Berry to keep it healthy longer.

Replace Dragon Dance with Coil for an even more defensive strategy. This adjustment is a great way to play to the strengths of a Zygarde with a Careful or Impish Nature. If you'd like to be really defense-oriented, consider teaching Coil, Thousand Arrows, Rest, and Sleep Talk to Zygarde. If you can keep a Complete Forme Zygarde using this strategy away from Ice-type attacks, it'll be almost certain to ice your battles with ease.

Zygarde's defensive orientation makes it a tricky Pokémon to highlight in Double Battles. Dragon Dance is still a great way to get it going, but including a Z-Crystal is even more important in Double Battles. Dragonium Z can deliver some quick knockouts, but Groundium Z is usually the better choice to score high Ground-type damage on a single target. Thousand Arrows deals less damage in exchange for hitting both opponents, so it nicely complements the powerful Tectonic Rage Z-Move in Double Battles. And, unlike Earthquake or Bulldoze, Thousand Arrows hits both opposing Pokémon without harming Zygarde's partner, making it one of the best Double Battle attacks around.

Core Enforcer and Thousand Waves attacks aren't fantastic in competitive battles, but they're fun choices for your single-player adventures. Thousand Waves is a powerful Ground-type attack that prevents the foe from fleeing as long as Zygarde remains in battle. It'd be a great help catching Pokémon if Zygarde wasn't so strong—it'll knock out most wild Pokémon in one blow! Core Enforcer is a super cool-looking attack, but it's tough to work into a tight strategy because it deals damage based on Zygarde's lower Special Attack stat.

We hope this Shiny Zygarde brightens your adventures. You can find more information about upcoming distributions at Pokemon.com/Legendary, and you can check out the list of all ongoing Pokémon distributions to make sure you're caught up. Don't forget to check out more Pokémon TCG and video game articles, strategy, and tournament analysis at Pokemon.com/Strategy. 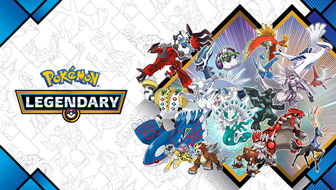