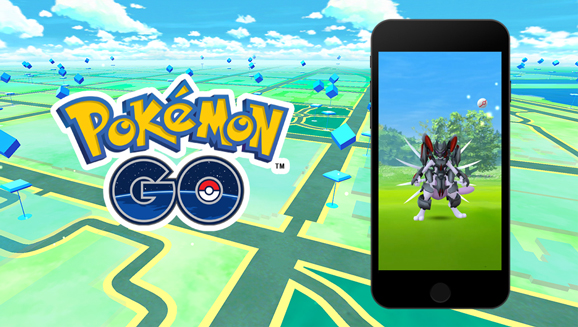 Netflix subscribers can watch Armored Mewtwo star in Pokémon: Mewtwo Strikes Back—Evolution starting on Pokémon Day, February 27, and to celebrate, Armored Mewtwo will also be returning to Raid Battles for a short time in Pokémon GO! Be sure to check out the other exciting features of the Pokémon GO event for Pokémon Day.

The Premier Balls you earn by defeating a Legendary Pokémon are the only Poké Balls you can use to catch it, so it’s crucial to be prepared. Maximize your chances by helping your team take over the Gym before the raid starts, battling alongside your friends, and picking Pokémon for your party that’ll perform well in battle. Be sure to learn how to train Pokémon in Pokémon GO to get your team up to speed, and then read on for some tips and information about Mewtwo and Armored Mewtwo.


How Strong Is Psystrike?

Mewtwo and Armored Mewtwo know the Psychic-type Charged Attack Psystrike only when they’re caught during special events. Is it worth powering up a Mewtwo or an Armored Mewtwo that knows Psystrike if you already have one that doesn’t? If you’re looking to deal hefty Psychic-type damage, the answer is a resounding yes—over the course of a battle, Psystrike deals far more damage than Psychic or Future Sight does.


Tips for Battling Mewtwo and Armored Mewtwo in Pokémon GO

Use Mewtwo’s weaknesses. The best Pokémon for tackling Mewtwo and Armored Mewtwo are those that naturally deal high damage and can take advantage of Mewtwo’s weaknesses to Bug-, Ghost-, and Dark-type attacks. Some great choices are Gengar, Weavile, Origin Forme Giratina, Darkrai, Chandelure, and Hydreigon, as well as Mewtwo that know Shadow Ball. Many of these Pokémon are on the rarer side, but don’t worry if you have to fill out your roster with more common attackers from these types. Plenty of other Pokémon, such as Pinsir and Tyranitar, can make their mark on Mewtwo’s and Armored Mewtwo’s HP in a hurry.

Don’t mind the weather. Taking advantage of the weather can be helpful against many Raid Bosses, but it isn’t such a big deal for Mewtwo and Armored Mewtwo. Ghost- and Dark-type attacks are both boosted by fog, so you’ll never have a meteorological reason to pick one over the other. Bug-type attacks are boosted by rain, but it’s not likely that the weather boost will make a big enough difference to justify including Bug-type Pokémon in your party instead of your best Ghost- and Dark-type attackers.

You’ll earn a limited number of Premier Balls by defeating Mewtwo or Armored Mewtwo, and you must use only those Premier Balls to catch it, so take careful aim to make each one count. If you battle alongside your friends, you can earn extra Premier Balls, so be sure to bring friends with you. Using a Golden Razz Berry before each throw will vastly increase your chances of success, so stock up on Golden Razz Berries beforehand by defeating other Raid Bosses.

Your chance of catching a Pokémon is greatest when the target ring is small enough for you to land Excellent Throws, and throwing Curveballs can improve your chances even more. But work within your abilities—if you don’t think you can reliably make Excellent Curveball Throws, aim for Nice Throws or Great Throws rather than risk missing the target ring completely.

Like all Legendary Pokémon, Mewtwo and Armored Mewtwo are tricky to catch, so don’t be discouraged if one escapes in your first encounter. Get a second wind by stocking up on useful items—like Max Potions, Max Revives, and Golden Razz Berries—and try again later with some friends. Good luck with your next Raid Battle, and remember to check Pokemon.com/Strategy for more Pokémon GO, video game, and Pokémon TCG tips.