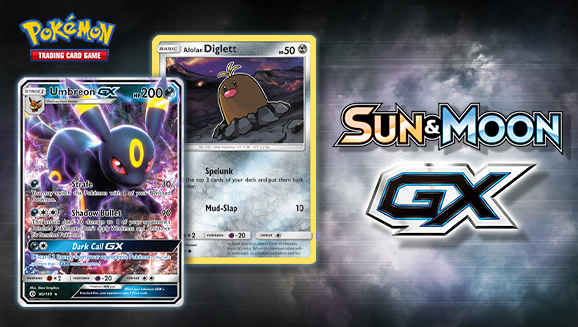 The Sun & Moon Series has come to the Pokémon TCG, and it brings several exciting changes to the game. From new kinds of Pokémon to new rules, there's a lot to look forward to. Let's dive into the Alola region! 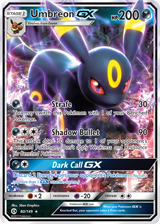 The big change that the Pokémon TCG world is buzzing about in the Sun & Moon Series is the addition of a brand-new kind of Pokémon: Pokémon-GX! Much like Pokémon-EX, these incredibly strong Pokémon tend to have a lot of HP and powerful attacks or Abilities. They also come with the risk of letting your opponent take two Prize cards when they're Knocked Out. And just like Pokémon-EX, the GX is a part of a Pokémon-GX's name. That means you could play four Umbreon, four Umbreon-EX, and four Umbreon-GX in the same deck! But it's important to note that Pokémon-GX are not Pokémon-EX. Things that specifically call out Pokémon-EX, such as Carbink's Safeguard Ability, do not apply to Pokémon-GX. That means you can use a Brigette Supporter card to search for three Basic Pokémon-GX and put them onto your Bench!

A big feature of Pokémon-GX is the brand-new GX attack mechanic. These powerful attacks can be game-changing, but there's a catch—you can use only one during an entire game. For example, if you use Lurantis-GX's Chloroscythe-GX attack, you'll flip over your GX marker to signify that you've used your single GX attack for the game. Later in the game, you could bring out Decidueye-GX and use its excellent Feather Arrow Ability and Razor Leaf attack, but you can't use its Hollow Hunt-GX attack, even though it's a different Pokémon. Once you use a GX attack, that's it—you can't use any more GX attacks until your next game.

One notable difference between Pokémon-EX and Pokémon-GX is that Pokémon-GX come in three different stages: Basic, Stage 1, or Stage 2. (The vast majority of Pokémon-EX are Basic Pokémon, and Mega Evolution Pokémon-EX come with their own special rules.) So Pokémon-GX have the same Evolution stages as regular Pokémon and follow the same rules. For example, if you had Torracat in play, you could choose to evolve it into either Incineroar or Incineroar-GX. The same would apply if you wanted to evolve Popplio with a Rare Candy Item card—you could evolve it into Primarina or Primarina-GX. If it's a Basic Pokémon-GX, such as Tauros-GX, you can put it onto your Bench just like a regular Basic Pokémon. You can even set up a Basic Pokémon-GX as your Active Pokémon to start the game! 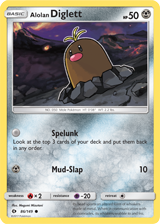 You'll find some familiar Pokémon with a new look in the Pokémon TCG: Sun & Moon expansion. These are known as Alolan Pokémon. Just like Pokémon-GX, “Alolan” is part of the name, so you could play four Alolan Raticate and four Raticate in your deck. Be sure to check the “Evolves from” bar in the upper-left corner of the card when looking at Alolan Pokémon. You'll notice that Alolan Persian evolves from Alolan Meowth, not regular Meowth.

Some Alolan Pokémon have attack costs that show “blank” Energy symbols, meaning that they have no attack cost. For example, take a look at Alolan Diglett. Even if Alolan Diglett has no Energy attached, you can still use its Spelunk attack. You might remember these “0-cost attacks” that originated in the Pokémon TCG: Diamond & Pearl Series, but they haven't appeared since the Call of Legends expansion in 2011! 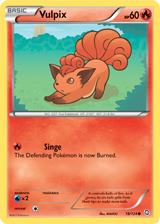 Starting with the Pokémon TCG: Sun & Moon expansion, the Special Condition Burned works a little differently. Between turns, put 2 damage counters on a Burned Pokémon. Then, that Pokémon's owner flips a coin. If heads, remove the Special Condition Burned from that Pokémon. Note that this rule applies any time a Pokémon is Burned, even if it's caused by a card from an earlier expansion. So if Vulpix from the Black & White—Dragons Exalted expansion uses its Singe attack, the new rule applies. Now when a Pokémon is Burned, you know it will take those 2 damage counters between turns, and you can plan accordingly.

There's plenty to discover in the Pokémon TCG: Sun & Moon expansion. With new cards, new styles, and even new rules, exciting times are ahead. Be sure to check back at Pokemon.com/Strategy for the latest updates on Pokémon TCG strategy, tournament results, and more!