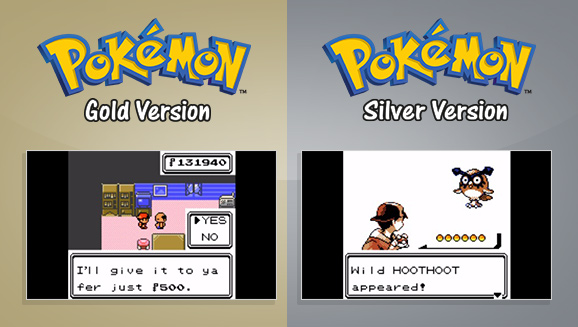 Whether you’re new to the world of Pokémon Gold and Pokémon Silver or you’ve been there before, there’s always something new to see. The Johto region is packed with all kinds of fun places to visit and activities to participate in—so many that this guide just scratches the surface of the awesome time you can have in Pokémon Gold and Pokémon Silver. We hope this handy guide highlights some of the cool things you can do as you progress through the amazing Johto region! New Visitors: If you’re just coming from the Kanto region in Pokémon Red and Pokémon Blue, you’ll discover the new wonder of held items. These items can have passive effects, such as boosting certain types of moves when your Pokémon is holding one. Or let your Pokémon hold delicious Berries that they’ll consume to recover HP or heal status conditions when the time is right. Some wild Pokémon may even be holding an item when you catch them, so be sure to check every Pokémon you snag. 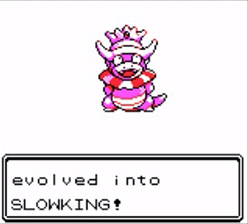 Returning Visitors: Johto Trainers, be on the lookout for items that can trigger Evolution when given to a Pokémon to hold. For example, some of the wild Slowpoke you’ll find in the Slowpoke Well will be holding a King’s Rock. Trade one of those Slowpoke with another Trainer and watch it evolve into Slowking! Several of these Evolution items can’t be acquired until very late in your adventures, so don’t forget to watch for them. 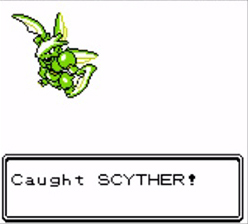 New Visitors: One of the top attractions in the Johto region is the fun Bug-Catching Contest! With 20 Park Balls and 20 minutes on the clock, catch the best Bug-type Pokémon as you can based on its HP (both max and remaining), as well as its stats. Good prizes are on the line, including a valuable Sun Stone you can use to evolve certain Pokémon. And you get to keep the Pokémon you caught, of course! You’ll find this exciting event a little north of Goldenrod City, and you can only participate in it on Tuesdays, Thursdays, and Saturdays.

If you’re looking for more leisurely fun, be sure to pick up an Old Rod so you can start pulling up Pokémon from the lakes and waterways around Johto. In the last home on Route 32 south of Violet City, talk to the Fisherman to receive a Good Rod. Don't worry—keep casting and we promise you’ll pull in more than just Magikarp. 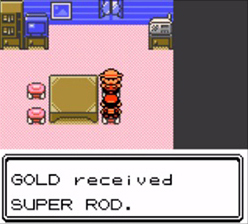 Returning Visitors: The Ruins of Alph is one of the great archeological sites in the Pokémon world. There you can encounter the mysterious Unown, Pokémon that look curiously like letters of the alphabet. It’s a lot of effort to catch all 26 forms, but it’s a worthy goal for all true Trainers. Some areas won’t be accessible until later in the game, so come back once in a while to see if you can progress any farther.

If you’ve caught the fishing bug and you’re eager to reel in better Pokémon, you may have to wait a while. You won’t be able to get the Super Rod until you reach the Kanto region, where a man in his hut along Route 12 will hand one over. Once you have the Super Rod, it’s worth revisiting every pond and creek in Johto, as there are Pokémon there you couldn’t catch with any previous rod. Good luck! 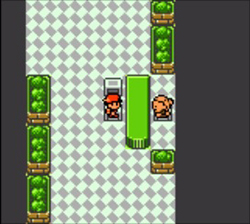 New Visitors: Looking for some cheap souvenirs, or maybe a little something to keep your Pokémon fresh and ready for more adventures? Definitely visit the Underground in Goldenrod City, an underground mall with a few useful shops. The medicine shop is open only on the weekends and sells cheap items that can heal your Pokémon, but they won’t like the bitter flavor too much. Get back in your Pokémon’s good graces by taking them next door to the salon, which will primp your Pokémon on any day except Monday.

The Bargain shop in the Underground is also a nice way to make a little money if you can afford the upfront costs. Swing by on Monday to pick up a cheap Nugget, then take it to another store to sell it for a small profit. You’ll appreciate the extra jingle in your pocket as you continue through Johto. 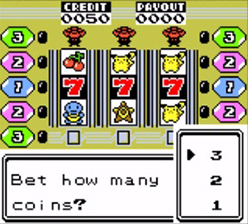 Returning Visitors: Even if you've been to Goldenrod City before, put it on your list of places to come back to later in your adventures so you can swing by the Game Corner. Not only can you play fun games, you can pick up a few of the best TMs in Johto, including ones for the moves Thunder, Blizzard, and Fire Blast. You can even cash in Coins and then pick up the Pokémon Dratini, which you can then evolve into the awesome Dragonite! It’s perfect preparation before you head toward the Elite Four.

Skip on past Mahogany Town’s item shop, at least the first time you visit. The Tiny Mushrooms and outrageously expensive Slowpoke Tails they sell don’t serve any useful purpose. The store will go back to being a normal shop after you’ve dealt with Team Rocket. 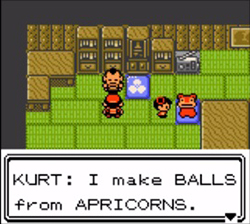 New Visitors: As you wander around the beautiful Johto region, keep an eye out for Berry trees and pick up any that have grown. A plain Berry will heal 10 HP when your Pokémon’s HP is low, which will certainly make a difference early in your adventures.

You may also find Apricorns in Berry trees, but we recommend against giving them to your Pokémon to eat. Instead, hand them over to Kurt in Azalea Town, who can turn them into specialty Poké Balls! That is, after you’ve taken care of the pesky Team Rocket issue he seems to be having. 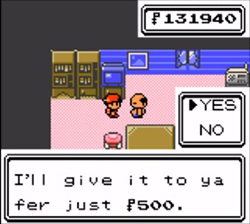 Returning Visitors: There’s a Miltank ranch called Moomoo Farm on Route 39, on the way to Olivine City, that advanced Trainers simply must visit. There you can pick up delicious Moomoo Milk that heals 100 HP. The price for the Moomoo Milk isn’t cheap, but the value in being able to heal a Pokémon that much at once shouldn’t be overlooked. Moomoo Milk is also about the best bang for your buck in Johto, costing about the same as a Super Potion, but healing twice as much HP. 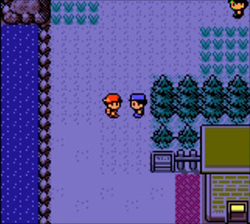 New Visitors: The world of Johto changes quite a bit once the sun goes down. Certain people and Pokémon will only appear after dark. A Pokémon you might find useful as your journey gets underway is the Ghost-type Pokémon Gastly, which you can find in Sprout Tower only at night. But remember to bring Pokémon that know moves other than Normal-type moves, as those will have no effect on Gastly.

Be careful wandering around after hours, however. Some Trainers will appear only at night, even in places where you thought you’d beaten all the Trainers. For example, an officer standing just south of the entrance to Goldenrod City will challenge you with his tough Growlithe after the sun goes down. Don’t get caught off guard. 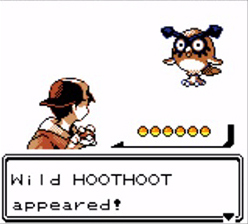 Returning Visitors: Nighttime is the right time to encounter interesting Pokémon around Johto. Even if you’ve been through an area during the daytime and think you’ve encountered all the Pokémon along that route, come back after dark to see what other Pokémon you might find. For example, you’ll only encounter the nocturnal Hoothoot at night. (Route 37, south of Ecruteak City, is a good place to look.) It’s less common to find Pokémon exclusively at night even inside caves (since it’s always dark!), so we recommend revisiting open-air routes throughout Johto.

Hopefully this little guide will get you ready and excited for your trip to Johto and beyond. From battles against tough Gyms Leaders to encounters with incredible Legendary Pokémon, your adventures through the world Pokémon Gold and Pokémon Silver will be truly spectacular. Have fun exploring, Trainers!