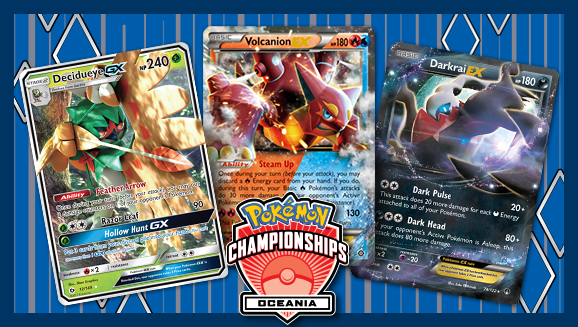 A Look Back at the Pokémon TCG Oceania International Championships

Melbourne, Australia, was the site of the second of four International Championships in the 2017 season, attracting competitors from all over the globe. More than 250 Pokémon TCG Masters Division players competed for the title of Oceania International Champion, which included a $10,000 grand prize and 500 Championship Points—enough to automatically qualify for the 2017 World Championships. The four highest-ranked players from the North America, Europe, Latin America, and Oceania rating zones all received a Travel Award to Melbourne, meaning the best of the best were in attendance. With these great players came an impressive variety of winning decks and strategies. Read on as we break down the exciting action from Australia. 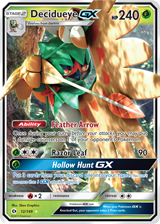 With the recent release of the Pokémon TCG: Sun & Moon expansion, there was an air of uncertainty in the Standard format heading into the event. Darkrai-EX decks had been dominating, with decks built around Vespiquen, Mega Mewtwo-EX, and many others in the mix as well. But there was still a big question waiting to be answered: would any strategies focusing on the new Pokémon-GX emerge as tournament contenders? After the Oceania International Championships, the answer is a resounding yes.

After a Top 16 finish at the Anaheim Regional Championships (Standard format) and a second-place finish in the St. Louis Regional Championships (Expanded format), John Kettler of the United States put a new deck on the map: Decidueye-GX with Vileplume. Using the Forest of Giant Plants Stadium card, the plan is to get these Grass-type Pokémon into play as quickly as possible to disrupt the opponent. Vileplume’s Irritating Pollen Ability prevents Item cards from being played, while Decidueye-GX can slowly pick away at the opponent’s Pokémon using its Feather Arrow Ability as a sturdy 240 HP helps it stay on its feet. After Gonçalo Ferreira of Portugal used this deck to win the Sheffield Regional Championships (Standard format) in the UK, it was clear that this strategy was a formidable one.

Although the deck wasn’t new anymore, the level of dominance displayed by Decidueye-GX at this event was a shock. Of the 32 players that advanced to the second day of the tournament, 10 of them were using Decidueye-GX—nearly one-third of the field! Although Yveltal-EX dominated the European International Championships, the Grass-type Pokémon-GX overwhelmed the Oceania International Championships. Five of the Top 8 decks included Decidueye-GX, including that of runner-up Pablo Meza of Mexico. All of them also used Vileplume, except for Japan’s Takuya Yoneda, who opted to use rarely seen cards such as Trevenant-EX, Espeon-EX, and Hoothoot instead. One thing is certain: Decidueye-GX is a force to be reckoned with. 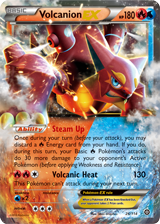 At the end of the day, one player stood tall. After a Top 8 finish at the European International Championships, Pedro Eugenio Torres of Spain was crowned the first-ever Oceania International Champion with his Volcanion-EX deck. In a tournament filled with Decidueye-GX, which happens to have a Weakness to Fire, Volcanion was a perfect choice. Once he reached the single-elimination Top 8 rounds, Pedro took down three Decidueye-GX decks on his path to victory. Only three Volcanion decks advanced to the second day of competition, but two of them made the Top 8, including 2011 Junior Division World Champion and 2016 World Championships quarterfinalist Gustavo Wada from Brazil.

Eight Masters Division players advanced to the second day of the event with decks built around Darkrai-EX, maintaining its place as one of the most popular strategies in the Standard format. But only Jesper Eriksen of Denmark was able to make it into the Top 8 with the Pitch-Black Pokémon, eventually losing in the Top 4 to Pablo Meza’s Decidueye-GX deck. Darkrai-EX doesn’t seem to match up well against the massive HP of Decidueye-GX, which puts it in a strange place moving forward. If Decidueye-GX continues to be a top deck in the Standard format, will Darkrai-EX fall from its throne and stop seeing top-tier action? The development of the metagame in the coming months will be interesting to follow. 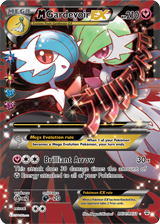 In the Junior and Senior Divisions, many different strategies had success, including the Decidueye-GX and Volcanion-EX decks that did well in the Masters Division. But both divisions were won by a deck that doesn’t see much play in the Masters Division: Mega Gardevoir-EX with Xerneas. Regan Retzloff of the United States, the runner-up at European Internationals, and Michael Long of Canada, a semifinalist at European Internationals, both used this strategy to win their respective age divisions. And it’s no fluke—this deck has had incredible success at several Regional Championships this season in the Junior and Senior Divisions. But will the new Decidueye-GX deck take over these age divisions as well, or will Mega Gardevoir-EX continue to thrive?