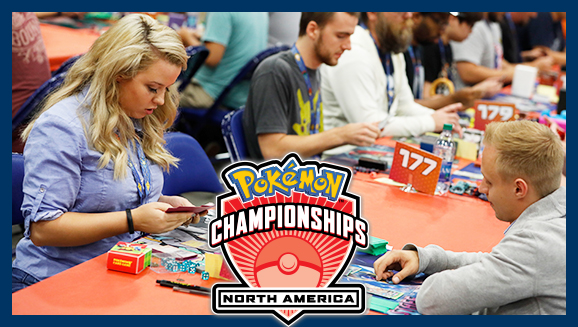 A Look Back at the North American Internationals

For competitors in the Pokémon TCG North American International Championships in Indianapolis, the days before the big event must have been excruciating. Players expected to face a countless variety of decks, which probably led to some sleepless nights. When they arrived at the Indiana Convention Center, their concerns turned out to be true—the event featured a dizzying array of awesome decks everywhere you looked, not to mention a huge field of extremely talented players.

A quick look at the Masters Division top decks reveals just how many threats players had to navigate—only a few decks looked much alike. Newer cards from the Sun & Moon—Guardians Rising expansion were quickly embraced by the competitive community (more on that later), but stalwarts including Zoroark BREAK, Greninja BREAK, and Vileplume continued to do well.

The field did narrow somewhat by the end of the weekend, with several good decks unable to reach the next level. Rayquaza and Giratina were very visible early on, but they ended up getting shut out of the Top 8. Players were probably concerned about seeing Metagross decks, as the occasional appearance of Flareon and its Flare Effect Ability would seem to indicate. But Metagross never really materialized, perhaps due to the recent rise of Volcanion decks. 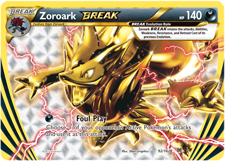 For all the new deck types that have cropped up recently, several older decks remained resilient enough to go deep in the tournament. At least one Zoroark BREAK made it into the Top 8 in each division, and two Darkrai/Yveltal decks made it into the Senior Division Top 8. There weren’t many strong Fighting-type decks in the field to prey on their Weakness, so these Darkness-type decks could thrive.

Greninja BREAK decks also performed admirably under the guidance of Senior Division Champion Michael Long and Junior Division Runner-Up Jared Chapman. The Grass-type Decidueye-GX was probably the most likely Pokémon to take on Greninja BREAK, but for the most part these decks weren’t well equipped to advantage of Greninja BREAK’s Weakness. The notable exception was Masters Division Runner-Up John Kettler’s Decidueye/Vileplume deck, who defeated Alex Krekeler and his Greninja BREAK deck in the quarterfinals. John gave himself plenty of attack power by including Tapu Lele-GX and Lugia-EX in his deck, as well as the Double Colorless Energy necessary to power their best attacks. 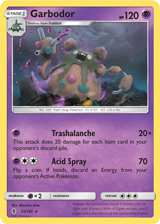 Despite all the threatening decks in the field, there was one Pokémon that seemed destined for greatness from the start of the competition: Garbodor. Players matched a variety of Pokémon with it: Drampa-GX battled alongside Garbodor in the decks of Masters Division Champion Tord Reklev and Semifinalist Sam Chen. Senior Division Runner-Up Ryan Snider and Semifinalist Kendon Kula paired Espeon-GX with Garbodor, also to great effect. And it wasn’t just Trashalanche that made the difference—many players played the earlier version of the Trash Heap Pokémon that featured the Garbotoxin Ability. All of these different combinations probably helped Garbodor succeed—even after opponents knew they were facing a Garbodor deck, they then had to figure out which one.

One more deck worth recognition is Junior Division Champion Regan Retzloff’s Xerneas/Galvantula deck. This deck has been lurking for a while and finally broke through to find major success at the North American Internationals. The element of surprise was certainly a factor, as few other people were playing this deck. The multitude of different Pokémon types also helped to create matchup issues throughout the tournament.

It’s hard to overstate the role of the new cards from the Sun & Moon—Guardians Rising expansion. Some competitors brought decks that included only Pokémon from the latest expansion, which is truly unheard of. Several cards stood out as major factors in shaping this tournament. Garbodor and its Trashalanche attack effectively changed how people built their decks by making players reconsider how many Item cards they included. It also affected how matches played out—players held Item cards as long as they could to avoid fueling their opponents’ Garbodor. It was a delicate balance with Vileplume in the mix, where the best strategy would be to play as many Item cards as possible before its Irritating Pollen Ability shut them down. Vileplume is likely to leave the Standard format this year, but Garbodor’s future as a foundational Pokémon is something to keep an eye on.

Another card from the Sun & Moon—Guardians Rising expansion that seemed to be everywhere at the North American Internationals was Drampa-GX. It provided extra firepower to virtually any deck with its Berserk attack, and its other attacks were strategically useful. As a Basic Colorless-type Pokémon, it required very little deck space. We could see the rise of Fighting-type Pokémon to take Drampa-GX down a peg, but for now it looks to be a reliable teammate in most decks.

But the real story of the tournament had to be Tapu Lele-GX, an absolute game changer. Supporter cards such as Lysandre, N, and Professor Sycamore already played a huge role in matches, and Tapu Lele-GX made it easier for players to get those cards into action. And with Vileplume shutting down Item cards, these Supporters became even more important. But Tapu Lele-GX wasn’t a one-trick Pokémon; its Energy Drive attack could also provide massive damage potential. And since it doesn’t have a Weakness, there were few immediate ways to take it down. Given its recent introduction and its clear versatility, expect to see Tapu Lele-GX in decks of all levels for some time to come.

Big events at the season’s end such as the North American International Championships and the World Championships are always an interesting snapshot of the metagame right before the seasonal rotation. But how much can players take away from these winning decks as we move forward? Stay tuned to Pokemon.com/Strategy as we begin coverage of the 2018 Championship Series, including how the upcoming rotation will reshape the metagame.

Congratulations to everyone who battled in the Pokémon TCG North American International Championships!