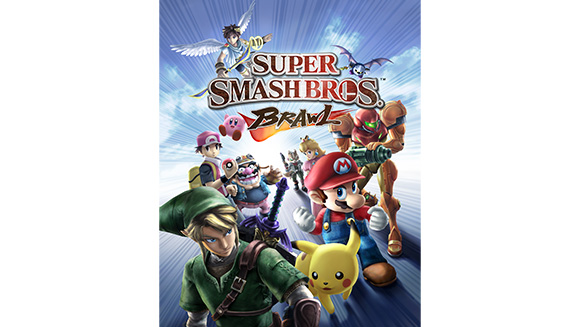 Along with Super Smash Bros. stalwarts Pikachu and Jigglypuff, the graceful Fighting- and Steel-type Pokémon Lucario joins the fray in a big way. Lucario uses several devastating attacks, including Aura Sphere and Force Palm, to assail its opponents from a safe distance. There’s also a battler called Pokémon Trainer, a character that doesn’t fight directly but instead uses Squirtle, Ivysaur, and Charizard to attack for him! While you’re playing, you can rotate through these three well-known Pokémon, and each one has its own special set of powerful moves. It’s a three-tiered assault that’s sure to lead to victory!

Two new Pokémon-styled stages have been built for Super Smash Bros. Brawl, too. Much like its predecessor, the latest Pokémon Stadium level is constantly changing, forcing you and your opponents to adapt to different terrain all the time. One moment you’ll be sliding around on ice, and the next moment giant fans will appear to blow the characters high into the air! There’s also a Spear Pillar level, where the Legendary Pokémon Dialga and Palkia do their best to disrupt space and time! When they appear, you can guess that something wild will happen—either the whole level will begin to crumble and spin around, or the game speed will vary a bit. And if you’re lucky, you might catch a glimpse of the three Psychic-type Pokémon Uxie, Azelf, and Mesprit!

Super Smash Bros. Brawl features a ridiculous number of items from all over the video game universe, and the world of Pokémon is well represented. As you’re playing, Poké Balls will appear on the stage. When a player opens one, one of many random Pokémon will pop out and cause all kinds of crazy havoc! Will it be Meowth shooting out coins with its Pay Day attack? Or will it be giant Snorlax bumping all the opponents off the stage? Or will it be Goldeen, which flops around without causing any damage? You won’t know until the Poké Ball is opened!

Super Smash Bros. Brawl is a fighting paradise for any gamer but especially for Pokémon fans! Be sure to check out all the fun Pokémon-themed features as you battle the likes of Mario, Donkey Kong, and Samus! 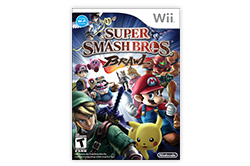