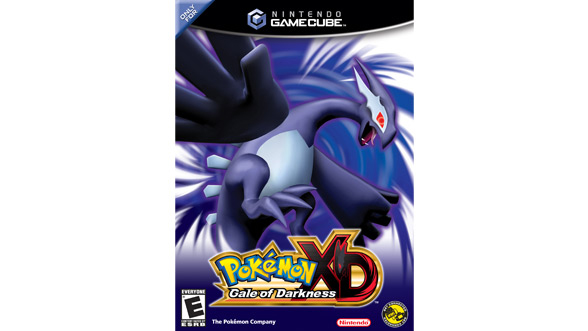 The Pokémon series returns to the GameCube system with an adventure in the land of Orre! Return to places such as Pyrite Town and Phenac City, and discover many exciting locations. But watch out—the insidious Cipher Organization is up to its old tricks, closing the hearts of Pokémon and turning them into fighting machines known as Shadow Pokémon. It's up to you to defeat the minions of Cipher, to Snag and Purify all of the Shadow Pokémon, and to learn the truth about the greatest mystery of all—Shadow Lugia! If that's not enough action for you, Pokémon XD: Gale of Darkness is also packed with lots of Pokémon battles-face off against some tough in-game Trainers, or go head-to-head with a friend in glorious 3-D!

As you explore every nook and cranny of Orre's many settings, keep an eye out for Battle CDs, items that will unlock fun minigame challenges. And, once again, 100 Trainers along Mt. Battle await your best performances—get set to battle harder than ever before! 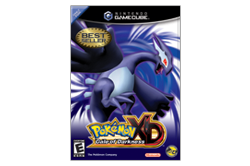