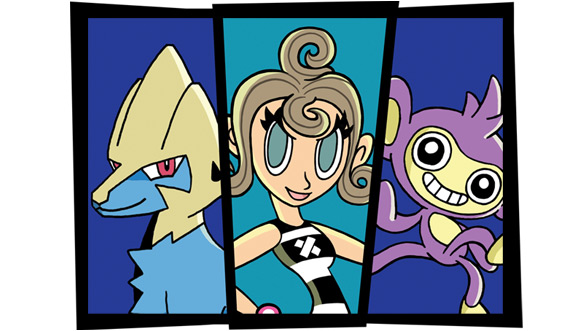 A crazy departure from your normal Pokémon game, Pokémon Trozei is a speedy puzzle game that will send your stylus flying! Your goal is to match the faces of four Pokémon in the game board to remove them, then string together more Pokémon faces to perform big combos. The Pokémon keep coming faster and faster, increasing the challenge the more you play. When you clear a set of Pokémon, that Pokémon will be added to your Pokédex, so look out for rare and special Pokémon to clear from the board! All of the 386 Pokémon available through Pokémon FireRed Version and Pokémon LeafGreen Version are in Pokémon Trozei, but it'll take a great many games to catch them all!

The story of Pokémon Trozei is unique to the world of Pokémon. You are Lucy Fleetfoot, an agent of the Secret Operations League, whose goal is to recover kidnapped Pokémon from the evil Phobos Battalion. When you line up four of the same Pokémon, they'll be whisked away from the clutches of the nefarious organization.

Compete against your friends in thrilling head-to-head clashes. Even if you're in the middle of a game, Pokémon Trozei will pause the action so you can compete right away, then resume your game when the multiplayer action ends. Even if you're not playing against a friend, your Pokémon Trozei game will stay alert for other Pokémon Trozei players in the local area and automatically exchange Agent Cards with other Nintendo DS™ systems. Collect Agent Cards to increase the chances of finding rare Pokémon in single-player mode. 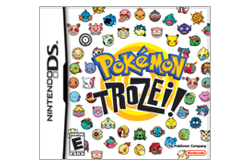