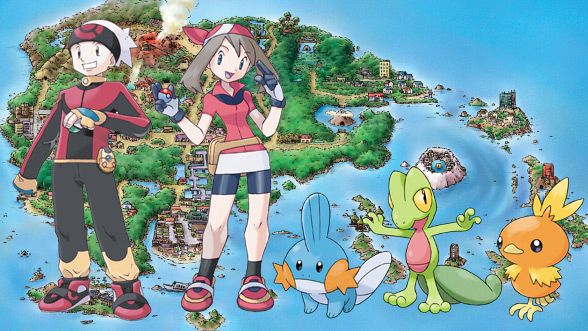 The first Pokémon RPGs for the Game Boy Advance showed off the system's improved graphics and sound, and introduced now-permanent fixtures to the Pokémon world, such as double battles and Contests.

Pokémon reinvents itself once again with two of the most popular games in the series! Pokémon Ruby Version and Pokémon Sapphire Version take great leaps in gameplay, particularly during combat. For the first time in a Pokémon game, Trainers can send two Pokémon into battle at the same time. Some Pokémon can learn moves that aid a partner or damage both of the opponent's Pokémon. And Pokémon have Abilities and Natures that affect their performance in battle.

Your Pokémon are more than just good fighters, however. Enter them in Contests where they can perform special moves in front of judges to capture the judges' attention. To improve their stage appeal, feed the Pokémon Poké Blocks made from Berries you cultivate around the region. 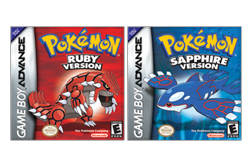