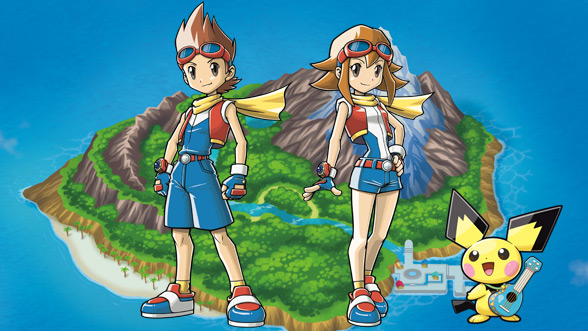 Suit up and save the day from the Pokémon Pinchers with Pokémon Ranger: Guardian Signs, now available in the Wii U Nintendo eShop.

Pokémon Rangers protect nature and help people and Pokémon in need. But other folks aren't so keen on keeping the peace! The Pokémon Pinchers are a suspicious group of people who seem to always be causing trouble by chasing and capturing Pokémon for their own purposes. As a Pokémon Ranger, it's up to you to work with Pokémon to stop their nefarious plans!

During your Missions, you'll meet helpful people, as well as plenty of bad guys, as you work as a Pokémon Ranger to keep the Oblivia region safe for people and Pokémon! You'll always have a special friend at your side, too—Ukulele Pichu is an energetic Pokémon that will tag along with you no matter where you go! Ukulele Pichu always carries its ukulele with it wherever you go. This is no ordinary ukulele—interesting things happen when Pichu charges it with electricity!

The main tool of the Pokémon Rangers is the Capture Styler, a device you can use to capture Pokémon. Create loops around the Pokémon using the Touch Screen on the Nintendo DS. Capturing Pokémon will establish an emotional connection with the Pokémon. Once a Pokémon has been captured, you can use its powers to help you capture more difficult Pokémon later in the game. For example, the captured Pokémon can perform Poké Assists to help you capture Pokémon in later encounters, or some can do Field Moves that allow you to get through obstacles as you explore.

In addition, you can summon some Pokémon by drawing symbols called Ranger Signs using the Touch Screen. Ranger Signs can even summon Legendary Pokémon such as Raikou, Entei, and Suicune!

Team Up for Missions!

Up to four players within close proximity to each other can connect via Nintendo DS Local Wireless Connection to go on Wireless Multiplayer Missions. When you play these Missions, you'll learn more about the history of the Oblivia region! 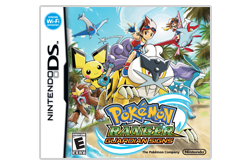