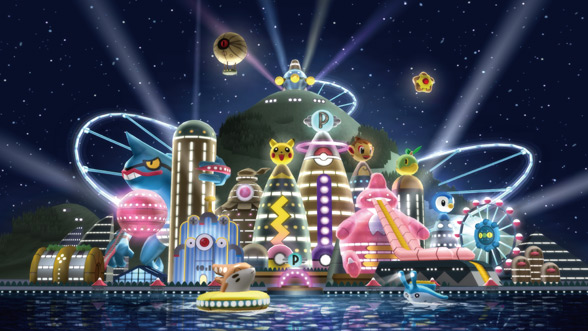 Pokémon Battle Revolution updates the legacy of 3-D Pokémon battling games for the Wii console and includes every Pokémon from Kanto to Sinnoh with updated graphics and attack animations! The Pokétopia amusement park is the place for Trainers to test their skills. You can battle in ten unique colosseums, each with its own special conditions, against either a gauntlet of tough computer Trainers or head-to-head with a friend, and can even set up your own Pokémon tournament!

Customize your Battle Pass and earn Poké Coupons to help customize your Trainer, too! Pokémon Battle Revolution can be played on its own with Pokémon you can rent from the game, or import Pokémon from Pokémon Diamond Version and Pokémon Pearl Version and use your Nintendo DS system as a controller. For even wider competition, use the Nintendo Wi-Fi Connection feature to challenge players worldwide! 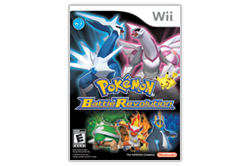