New Pokémon Snap is the long-awaited follow-up to the 1999 Nintendo 64 release Pokémon Snap. This new adventure for Nintendo Switch lets you explore the islands that comprise the Lental region. There, you’ll research various wild Pokémon in their natural habitats, ranging from dense jungles to vast deserts. As you explore the beautiful locales, you’ll also capture Pokémon—not with Poké Balls, but with the lens of your camera!

As a budding photographer, you’re on an ecological survey with the goal of snapping pictures of Lental’s wild Pokémon to build your own Pokémon Photodex. The islands’ many Pokémon have adapted to their environments, so you’re bound to see them engaging in a variety of behaviors. These Pokémon may live in groups and patrol their territory, wander serenely on their own, or play with other Pokémon. Keep a close lookout, though—Pokémon can appear from anywhere!

You’re not alone in your mission. Professor Mirror, a scientist at the Laboratory of Ecology and Natural Sciences (L.E.N.S.) and his assistant, Rita, will teach you about the islands of Lental and the research team’s ecological survey. You’ll explore the wilds of Lental while floating safely along in your trusty NEO-ONE vehicle. Once you arrive at a research area, NEO-ONE will steer where you need to go, letting you concentrate on snapping the perfect Pokémon picture!

Be sure to take advantage of the Lental region’s tasty fluffruit. Tossing one of these treats to a Pokémon can help catch its attention or just give it something to snack on. Fluffruit are also great for drawing out Pokémon so you can photograph them from different, dynamic angles.

As you continue your research, keep an eye out for Pokémon and vegetation that emit a soft glow. This is known as the Illumina phenomenon, and Professor Mirror has been working hard to research this strange occurrence. It’s even been said that special Pokémon are somehow connected to the Illumina phenomenon. As you study the Pokémon of Lental and their habitats, you might even uncover the truth behind this mystery. 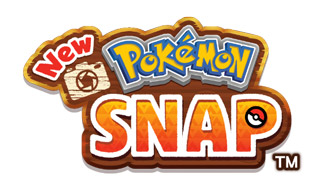