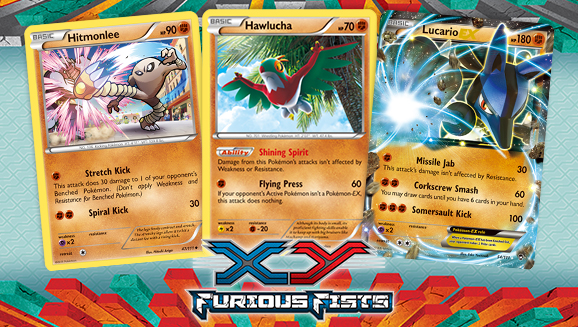 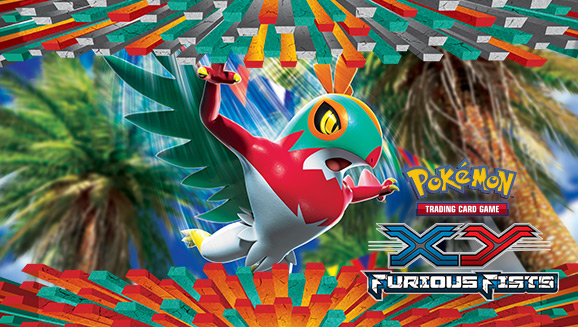 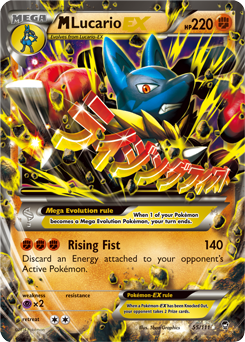 Trainers, step in the ring and fire up your ferocity for the Pokémon TCG: XY—Furious Fists expansion! Brace yourselves for a grand tournament unlike any before with Mega Lucario-EX and Mega Heracross-EX! And, as the competition intensifies, a host of Pokémon appear for the first time in the Pokémon TCG—each one eager to prove itself as a master of battle! With a team backed by brand-new Trainer cards to power up your Fighting-type Pokémon, your opponents will be left wondering what hit them!

The XY—Furious Fists expansion introduces even more incredible Mega Evolution Pokémon, ready to add more power and strategic advantage to your next deck. The Fighting-type Mega Lucario-EX, with its devastating Rising Fist attack, and the Grass-type Mega Heracross-EX, with its Big Bang Horn attack, are just a few examples of Pokémon now available to carry you to victory.

The stream of hard-hitting Pokémon-EX continues, too. Dragonite-EX and Hawlucha-EX are just a couple of the latest Pokémon-EX that can shift the tide of battle as soon as they're played. And of course, all Mega Evolution Pokémon are also Pokémon-EX, adding to the dominance of these incredible cards!

Punch up your next deck with the huge number of Fighting-type Pokémon in the latest expansion. Pokémon such as Machamp, Tyrantrum, and Hariyama are easy building blocks. Then add the Fighting Stadium and Strong Energy to maximize the potential of these awesome Pokémon! The right combination of the new Fighting-type Pokémon and Trainer cards can lead you to an early knockout against your next opponents.

Look for the XY—Furious Fists expansion in stores August 13, 2014!