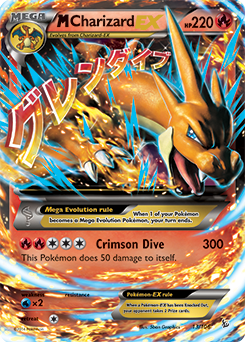 Blaze your way to glory and watch the sparks fly when you battle with cards from the Pokémon TCG: XY—Flashfire expansion. Ignite the action with a firestorm of Fire-type Pokémon and watch your opponents' terrified double-take as the awesome Mega Charizard-EX makes its scorching debut in this breathtaking expansion. Your explosive adventures will continue as your foes flee the field with certain doom flashing before their eyes!