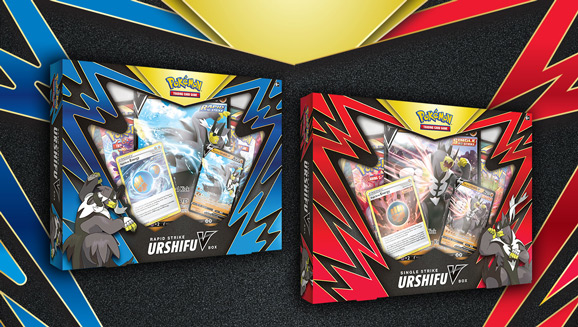 Tenacious little Kubfu has grown wise and dangerous, training in one of the Towers of Two Fists. That effort has undeniably paid off as the Pokémon now commands extraordinary power as Single Strike Urshifu V or Rapid Strike Urshifu V! Depending on its preferred training method, this Pokémon V either channels all its power into one mighty knockout blow or unleashes a rapid flurry of strikes to defeat its opponent. Enhance your collection with this martial arts Pokémon, and find helpful allies, skilled Trainers, beautiful art, and other treasures in this Pokémon TCG box.