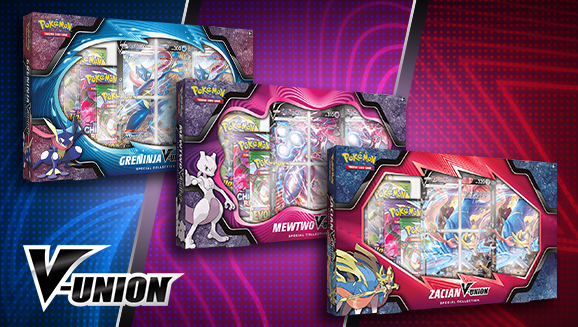 Get ready to unleash the power of Pokémon V-UNION: a single Pokémon divided into four cards! When you rise to the challenge and put it all together, each fantastic Pokémon V-UNION brings four amazing attacks into battle. These three collections let you choose which Pokémon V-UNION you want by your side: Mewtwo V-UNION, Greninja V-UNION, or Zacian V-UNION. Each set also includes a Professor Burnet Supporter card, which allows you to search your deck for up to two cards to place in your discard pile. This will be extremely useful when attempting to assemble your Pokémon V-UNION, which requires you to gather the cards from your discard pile before placing them on your Bench. 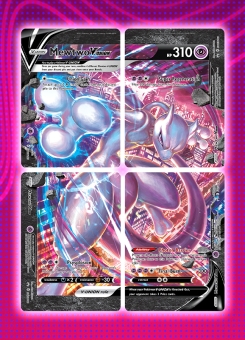 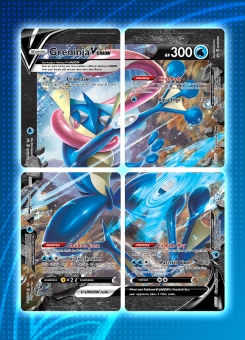 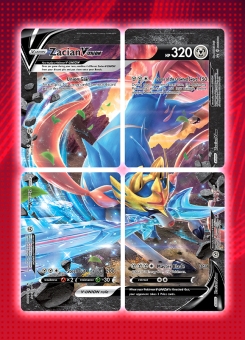 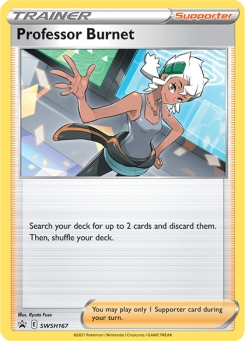 In addition to the four cards that comprise the Pokémon V-UNION and the Professor Burnet card, each set comes with an oversize card featuring the Pokémon V-UNION that's the star of the set along with four Pokémon TCG booster packs. No matter which Pokémon V-UNION set you choose, you'll have an impressive new member for your team whose devastating attacks will take your opponent by surprise.

The Pokémon TCG: Pokémon V-UNION Special Collections (Mewtwo/Greninja/Zacian) are available at the Pokémon Center and where Pokémon TCG products are sold.