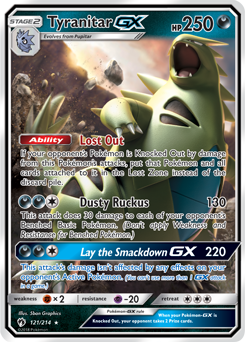 If your opponent’s Pokémon is Knocked Out by damage from this Pokémon’s attacks, put that Pokémon and all cards attached to it in the Lost Zone instead of the discard pile.