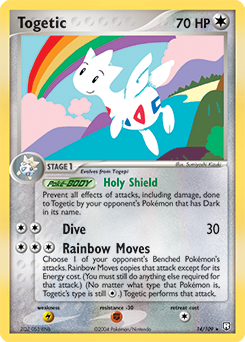 Prevent all effects of attacks, including damage, done to Togetic by your opponent’s Pokémon that has Dark in its name.