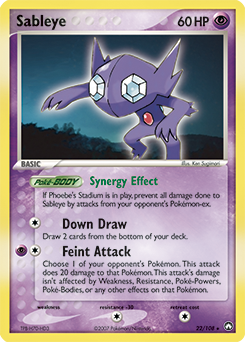 If Phoebe’s Stadium is in play, prevent all damage done to Sableye by attacks from your opponent’s Pokémon-ex.