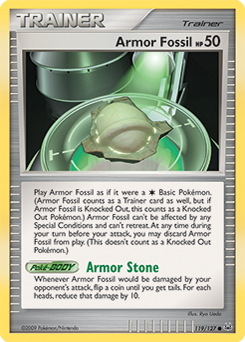 Whenever Armor Fossil would be damaged by your opponent's attack, flip a coin until you get tails. For each heads, reduce that damage by 10.

Explore More Cards
Back to Top