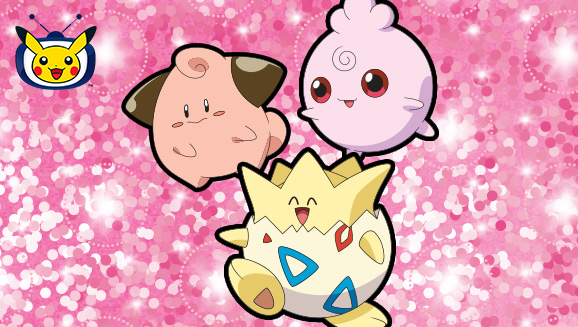 Watch Togepi, Cleffa, and Igglybuff in Pokémon the Series on Pokémon TV

It's probably safe to say that the diminutive Togepi, Cleffa, and Igglybuff aren't the most intimidating Pokémon out there. But when the three of them get together, they can become a force to be reckoned with, as seen in the Pokémon TCG: Sun & Moon—Cosmic Eclipse expansion, where they appear as a powerful TAG TEAM Pokémon-GX. Even if they're not united, though, these three Pokémon are simply adorable, and you can revel in their cuteness with a special channel devoted to them on Pokémon TV.

For the next two weeks, you can tune in to Pokémon TV to see Togepi, Cleffa, and Igglybuff in action in classic episodes of Pokémon the Series! Remember that you can watch Pokémon TV here on Pokemon.com or using the Pokémon TV mobile app.