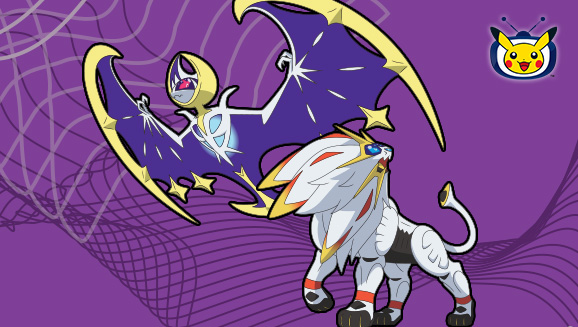 Watch Solgaleo and Lunala in Pokémon the Series on Pokémon TV

The power of the cosmos burns bright within Solgaleo and Lunala. These Legendary Pokémon are fierce on their own, but when they join forces, their opponents had better beware. The two appear together (alongside Lillie) as a TAG TEAM Pokémon-GX in the Pokémon TCG: Sun & Moon—Cosmic Eclipse expansion. You can celebrate this joining of forces by tuning in to Pokémon TV to watch a collection of Pokémon the Series episodes featuring Solgaleo and Lunala.

For the next two weeks, check out the special channel devoted to this pair to see them in action! Remember that you can watch Pokémon TV here on Pokemon.com or using the Pokémon TV mobile app.