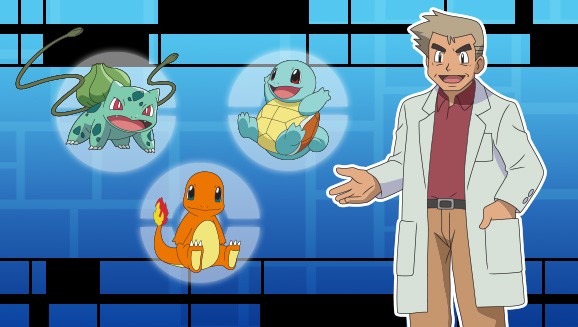 Hello there! Welcome to the world of Pokémon!

Professor Oak's familiar lab coat immediately brings to mind memories of a Pokémon journey's beginning. For new players, the Pokémon Professor was their first guide to the world of dreams and adventures with Pokémon—so who better to spotlight as Trainers dream of adventure in Kanto once again?

The ambitious Professor Oak has built a legacy through his research and mentorship. Kanto's most famous resident is acclaimed not only for his own work, but also for the legions of Trainers he's inspired to “catch 'em all” and help him complete the Pokédex!

As we celebrate this iconic researcher who's made an impact across the world of Pokémon, reminisce with some of his memorable appearances below.

“To make a complete guide on all the Pokémon in the world… That was my dream!”

The Elite Four's Agatha tells us that Professor Oak was once a powerful Pokémon Trainer, but the player never sees this side of him during their adventures. Little about Professor Oak's motivations or interests is revealed through his many appearances, except for one unwavering goal: cataloging every known Pokémon. It's not clear if Oak focuses his attention exclusively on this endeavor or if the famous researcher simply prefers to keep the rest of his life private. Perhaps Oak's personality is best revealed through the people he's influenced—the professor is admired and beloved by his scholarly peers, by Trainers, and even by luminaries such as Kurt and Mr. Pokémon.

Aspiring Trainers encounter Professor Oak almost as soon as they begin their journeys in Pokémon Red, Pokémon Blue, and Pokémon Yellow: Special Pikachu Edition. The pragmatic professor gives his grandson and the player their first Pokémon so they can set off on their adventures. He also entrusts each Trainer with his iconic invention—the Pokédex, a digital Pokémon encyclopedia in need of completion—and asks the new Trainers to help with his mission of compiling a guide to all the world's Pokémon.

Completing the Pokédex is a hefty task to foist on fledgling Trainers, considering the number of experienced Trainers littering the landscape, but the professor seems to have an eye for talent. He provides support through his aides and by passing on useful items, such as HM05 and the Itemfinder, as soon as new Trainers have recorded enough Pokémon. He may best be remembered for his role as the player's conscience, always coming to mind when the player attempts to use the Bicycle at inappropriate times.

Pokémon Gold and Pokémon Silver introduce us to another facet of Professor Oak: radio star. The professor doesn't drop any sick beats, however. Instead, he appears alongside DJ Mary on Professor Oak's Pokémon Talk, a program designed to help Trainers find rare Pokémon. Oak seems to commute from Kanto to tape his show, which explains how he avoids becoming a hostage when Team Rocket ransacks the Goldenrod Radio Tower in their quest to contact their departed leader, Giovanni.

Professor Oak is something of a trailblazer as the first of the iconic Pokémon professors introduced to players, and perhaps that's most evident in the Pokémon Trading Card Game. 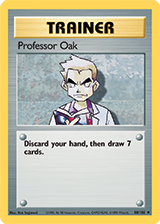 The famous professor's first card was Professor Oak in the Pokémon TCG's initial Base Set. Professor Oak enabled players to get through their decks quickly by discarding their hand and drawing 7 new cards, and they could even play multiple copies of Professor Oak in one turn (Supporter cards, with their one-per-turn restriction, didn't yet exist). Other Pokémon professors' cards have followed a similar mold, with newer cards like Professor Juniper and Professor Sycamore sporting identical effects. Keen-eyed collectors enjoyed a trip down memory lane when the illustration from the original Professor Oak card returned on Professor Oak's Hint in XY—Evolutions, released in 2016.

Oak's biggest competitive impact since Base Set came from the potent Professor Oak's New Theory in HeartGold & SoulSilver. His Theory proved more effective than his Research, allowing the player to shuffle their hand into their deck and draw 6 cards instead of 5. Professor Oak's New Theory was such a strong tournament card that it was included in the winning decks at both the 2011 and 2012 Pokémon World Championships. 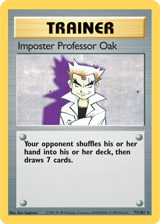 The Pokémon TCG even featured a swindler that seemed to be out to sully the professor's good name—and we don't mean his almost-identical cousin, Samson Oak of the Alola region! Impostor Professor Oak appeared alongside Professor Oak in Base Set, where his dastardly effect…mostly just helped the opponent, “forcing” them to shuffle their hand into their deck and draw a whopping 7 cards. The imitator made more effective appearances in two later expansions: in Team Rocket as Imposter Oak's Revenge and in Neo Destiny as Impostor Professor Oak's Invention.

Professor Oak has been on sabbatical from the Pokémon TCG recently, but perhaps someday he'll take Pokémon TCG players to school once again.

“Every day it's cake and tea, just my Pokémon and me.” 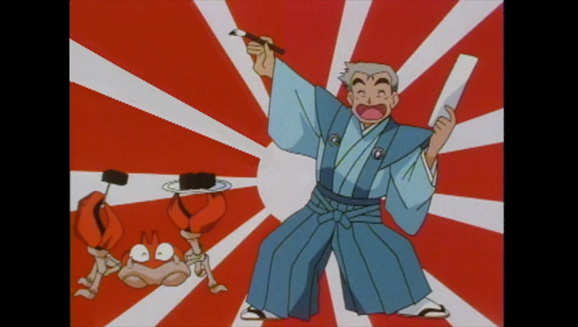 The forgetful Professor Samuel Oak of Pokémon the Series is a little quirky compared with his more goal-oriented counterpart in the Pokémon video games. Here, the venerable professor plays a smaller role cataloging the world's Pokémon and provides Ash with a relatively complete Pokédex to start his journey. Oak remains a famous enough researcher to make television appearances (“Pokémon—I Choose You!”) and lecture younger Trainers (“Gonna Rule the School!”). He also shows more diverse interests, composing short poems about Pokémon and traveling to watch Ash and his grandson Gary compete in Pokémon League competitions. 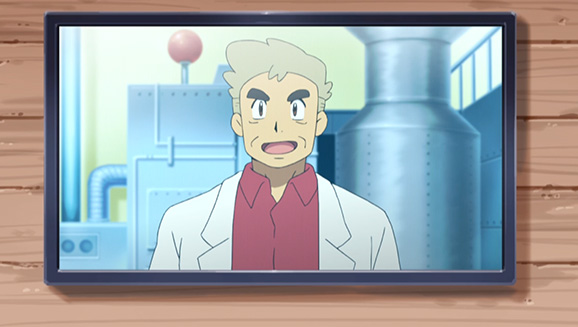 Oak's elaborate laboratory is the crown jewel of Pallet Town. He graciously allows Ash to leave his Pokémon at the lab's large ranch that houses Pokémon for study when they aren't traveling with their Trainers. Even Ash's past companion Tracey has made Professor Oak's lab his new home, serving as Oak's assistant since the end of Ash's adventures in the Orange Islands (“A Rivalry Revival”). Oak is also joined by a Rotom he caught in the Unova region (“To Catch a Rotom!”). The professor continues to be a family friend of the Ketchums in Pokémon the Series, providing advice and support to Ash despite his busy life.

Unlike in the video games, Professor Oak sometimes shows off his battling skills on the big screen! Thanks to some time-traveling shenanigans involving the Mythical Pokémon Celebi, another version of Oak puts forth an impressive performance as a young Trainer in the movie Pokémon 4Ever. The youthful Oak (known as Sam) and his Charmeleon prove adept in battle despite unfamiliar surroundings and technology, and the curiosity and love of Pokémon that would eventually lead Oak toward Pokémon research is on full display. The professor also sends out an awe-inspiring Dragonite in the special “The Mastermind of Mirage Pokémon,” but it's quickly defeated in something of an unfair fight. 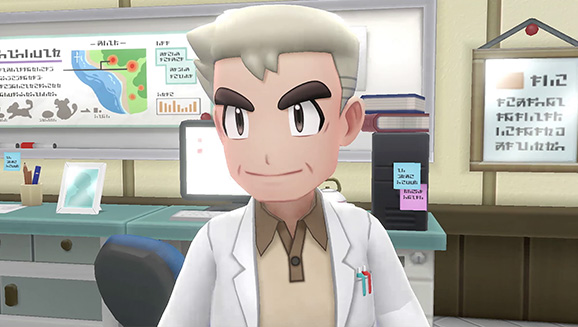 Nothing signals the start of a new adventure like the timely appearance of Professor Oak. Get prepared for your next journey in Pokémon: Let's Go, Pikachu! and Pokémon: Let's Go, Eevee! Just don't be like Ash and oversleep when it's time to receive your first Pokémon.

Check back next month for our next featured Trainer!