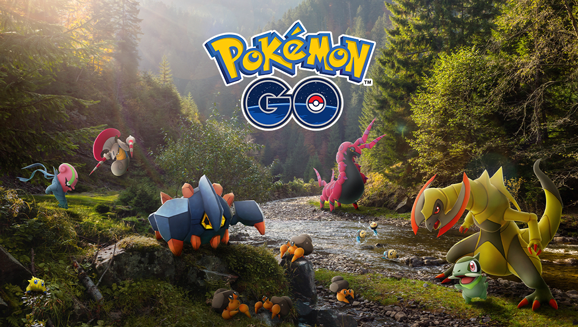 Plus, more Pokémon originally discovered in the Unova region will start appearing near you.

Trade Evolution has long been a part of the core Pokémon games, and now it's coming to Pokémon GO! The system will work a little differently in Pokémon GO: when you trade certain Pokémon, the Candy requirement for their Evolution will be removed. Plus, Throh, Sawk, Basculin, Maractus, and Sigilyph will start appearing only in certain parts of the world.

In addition to the Pokémon just mentioned, quite a few more Pokémon originally discovered in the Unova region will begin appearing in the world. Keep an eye out for Roggenrola, Tympole, Dwebble, Trubbish, Joltik, and more in the wild. Plus, you might find Timburr, Venipede, Tirtouga, Archen, Axew, and others when you hatch Eggs. Timburr will also begin to show up in one-star raids.

Start those trade Evolutions to get your hands on powerful Pokémon, and be on the lookout for more Pokémon originally discovered in the Unova region appearing near you.