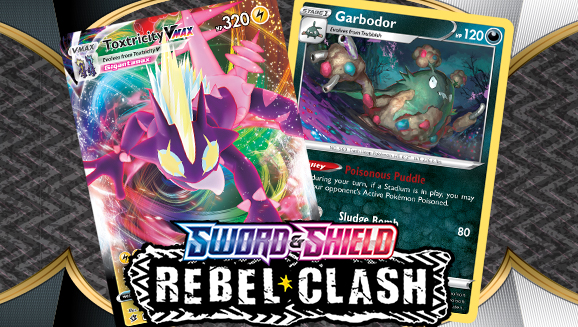 Pokémon from Galar are lined up and ready for action starting May 1. 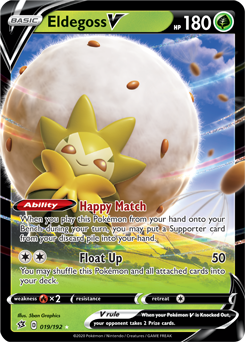 Eldegoss V has every right to be smiling—its Happy Match Ability will make this Pokémon loved around the world. Happy Match lets you grab a Supporter card from your discard pile and put it into your hand when Eldegoss V comes into play, so you can get the Supporter you need when you need it, as long as you've already managed to get it in the discard pile. This Pokémon isn't going to pick up a lot of Prize cards with its Float Up attack, but that attack can return Eldegoss V to your deck so you can use Happy Match once again. 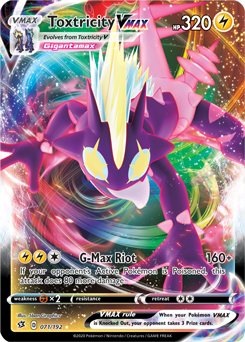 Punk your opponents with the power of Toxtricity VMAX. The Lightning-type Gigantamax Pokémon rocks an eye-popping 320 HP—it'll take a lot to get Toxtricity VMAX off the stage. Its G-Max Riot can bring the noise to the tune of 160 damage, but it'll amp up the output even further if its target is Poisoned. Looking for a quick way to make that happen? Check out Garbodor and its incredible Ability below. 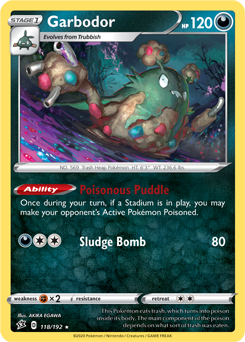 Garbodor's reputation as a stinker continues in Sword & Shield—Rebel Clash. First, take a second to appreciate that awesome art from AKIRA EGAWA, and then check out Garbodor's Poisonous Puddle Ability, which can make the opposing Active Pokémon Poisoned every turn if there's a Stadium in play. As we mentioned earlier, this pairs perfectly with Toxtricity VMAX, whose attack does extra damage when its target is Poisoned. And note that Poisonous Puddle doesn't remove the Stadium from play, so you can use this awesome Ability over and over again. 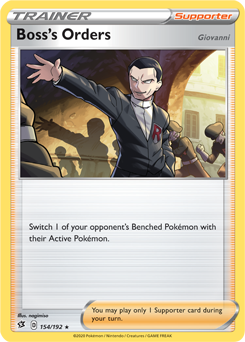 The card is called Boss's Orders, but you'll be the one in charge when you play this Supporter card. Boss's Orders lets you pull any Pokémon off your opponent's Bench and swap it with their Active Pokémon, letting you line up the perfect attack against your preferred foe. On this card, Giovanni of Team Rocket looks dapper, sinister, and in control—that's one boss you don't want to cross.


Get ready to battle when the Pokémon TCG: Sword & Shield—Rebel Clash expansion launches on May 1, 2020. 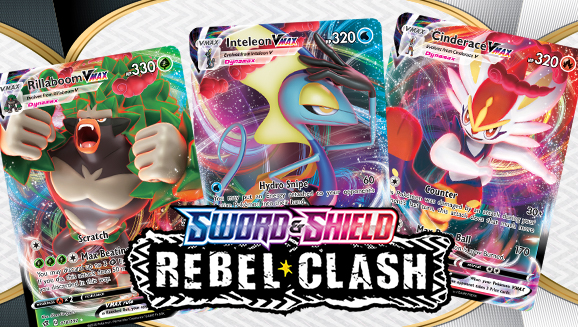 Get an early look at some of the amazing cards found in the upcoming Pokémon TCG: Sword & Shield—Rebel Clash expansion.