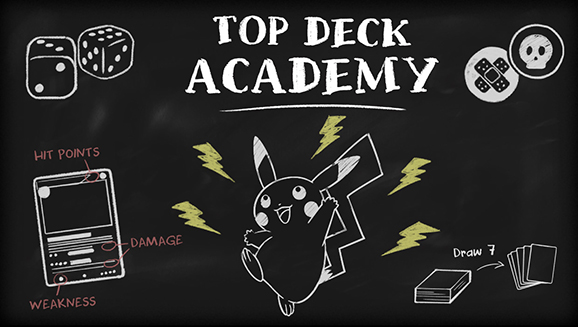 Top Deck Academy Episode 8: What Is a Toolbox Deck?

The term “toolbox” gets used quite a bit in the Pokémon TCG community, but some players might just nod their heads without thinking about what that really means. In this episode, Rosemary Kelly breaks down a toolbox deck to provide a better understanding of the term. At the same time, you'll see how to build a strong, fun-to-use deck featuring Hydreigon that you can try out in your next matches.


Hey, Pokémon fans! My name is Rosemary Kelly, and I am a Video Game Championship caster and recent TCG convert. On today's episode of Top Deck Academy, we'll be breaking down a Hydreigon toolbox deck built by TCG caster Kenny Wisdom that focuses on the Energy acceleration ability of Hydreigon from the Sword & Shield—Darkness Ablaze expansion. 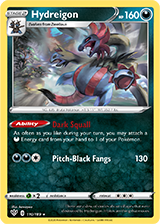 Understanding the concepts I'll be talking about will require some previous TCG knowledge. If you're brand new to the game, I suggest checking out the how-to-play videos on tcg.pokemon.com/how-to-play. This is a great place to get started if you are just getting into the game or are completely new.

In Step 1 today, we'll go over the core concepts of this deck; in Step 2, we'll talk about why this is a toolbox-type deck; and in Step 3, we'll cover our Trainer cards. By the end of this video, you should feel confident taking this deck for a spin on the TCG Online Ladder, and we'll have learned a couple of fundamental TCG concepts along the way.

The core concept of this deck is to get a Hydreigon into play and use its Dark Squall Ability to power up some really Energy-hungry Darkness-type attackers. I chose to talk about this deck because it's really great at explaining some fundamental TCG concepts, one of which is that this is an Energy acceleration deck, meaning there are ways in this deck to attach multiple Energy per turn.

You may have heard this sort of deck referred to as a “Rain Dance” deck in the past, which is a reference that goes all the way back to Base Set Blastoise. Many decks in the Pokémon TCG are focused around accelerating Energy in one way or another, and an Ability like Rain Dance or Dark Squall is the most straightforward. You can attach any amount of Energy, as long as it's a specific type. 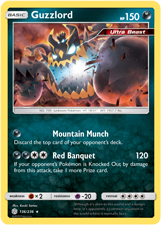 Circumventing the one-Energy-per-turn rule allows us to consider some attacking options that would normally be a little too slow. Guzzlord from Sun & Moon—Cosmic Eclipse is the perfect example of this: its Red Banquet attack is not Energy efficient, but has a very strong effect in letting you take an extra Prize card. Normally, it wouldn't be worth it to manually attach four Energy turn after turn, but thanks to Hydreigon, we can start taking extra Prize cards early and often.

Looking at this strength from another lens, we have one copy of Grimmsnarl V, whose Spiky Knuckle attack is actually efficient from an Energy cost to damage output ratio, but has a downside of having to return Darkness Energy to our hand. Well… it's supposed to be a downside, but in our deck, it can largely be considered a good thing! Once we have the Energy back in our hand, we're free to attach it wherever we like—it could go right back onto Grimmsnarl V, but we have options here.

Lastly, the TAG TEAM Greninja & Zoroark-GX rewards us for flooding our board with Darkness Energy with its first attack, Dark Pulse.

These are three distinct examples of the advantages of this sort of “Rain Dance” deck.

If you've been around the Pokémon TCG long enough, you've almost certainly heard of the term “toolbox deck,” which is a category that definitely applies here. A toolbox deck is a deck that focuses on multiple different attackers rather than just one or two that synergize really well together. We have four distinct attackers—not as many as some of the toolbox decks throughout Pokémon TCG history, but still enough to count. Unlike the term “Rain Dance,” “toolbox” doesn't necessarily tell us anything about the strategy of the deck, just that we're going to have a bunch of different Pokémon to attack with. It's also important to know that we've built our deck in such a way that every Pokémon other than the Jirachi and Dedenne-GX, can attack with Darkness Energy. Crobat V and Hydreigon might not be the ideal attackers in all situations, but being able to drop a bunch of Energy onto them and send them into the Active Spot is a relevant facet of the deck.

Taking a look at the Trainer cards that we have in the deck, we run the standard four copies of Professor's Research. But in addition to that, we also run four copies of Erika's Hospitality over a different Supporter card like Marnie. The reason for this is because we are looking for a lot of Energy cards in the mid- to late game, to put them into play, and then do it all over again! That means we need Supporter cards that are going to help us in this as Erika's Hospitality will help us to draw cards into our hand, rather than Marnie that will shuffle them back into the deck. Supporter cards usually look for one or two key cards, but in this case, we're looking for a critical mass of Energy cards. 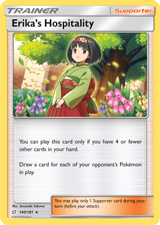 Apart from Erika's Hospitality, the deck list is more or less what you would expect, except for the four Rare Candy. This is a deck that cannot function without a Stage-2 Pokémon in play, so it's very important that we max out our numbers of cards like Rare Candy and play a higher-than-average number of Pokémon Communication, to ensure that we are giving ourselves the maximum chance to put a Hydreigon onto the board early. This is also the major downside of our deck. We have to spend a lot of deck slots to fit a reasonable Hydreigon line in, and then we have to put in the extra work to find and put into play the thing that makes our deck tick. Once we have a Hydreigon in play, we have a really strong advantage, but the inherent clunkiness of a Stage 2–focused deck means that in some number of games, we simply won't set up properly.

Lastly, you'll see that we're running a full 12 copies of Darkness Energy. Whenever you're committing to an Energy acceleration game plan, you're going to want to have as many Energy cards as possible, and in this case, only Darkness Energy.

What kind of acceleration or toolbox decks do you like to play? Let me know in the comments below [on YouTube.com only], and thank you so much for watching this episode of Top Deck Academy.