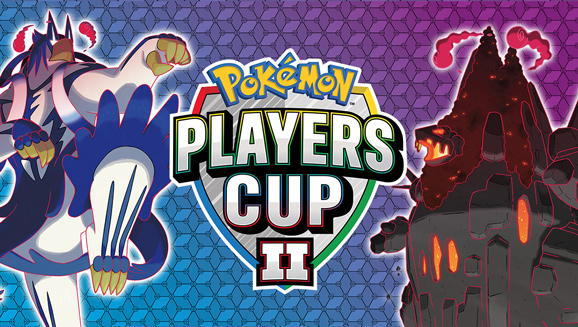 The Pokémon Players Cup II Qualifier Online Competition with Pokémon Sword and Pokémon Shield Is On!

Battling has begun between Trainers to looking to advance to the Pokémon Players Cup II Region Qualifiers.

See the notes below for more details.

The Pokémon Players Cup II Qualifier Online Competition will be comprised of Double Battles. Each Trainer can bring a lineup of four to six Pokémon of Lv. 1–100. All Pokémon will become Lv. 50 for the duration of each battle. Four Pokémon will be selected per battle. Only Pokémon obtained in Pokémon Sword or Pokémon Shield (excluding certain Legendary or Mythical Pokémon) or those with the battle-ready symbol are eligible. For a list of Pokémon prohibited from competing, view the Ranked Battles Series 5 rules.

Total time per battle is 20 minutes. Each Trainer will be allotted seven minutes in total. Preview time is 90 seconds and turn time is 45 seconds. Trainers can compete in a maximum of 15 battles per day. Trainers who don’t reach the daily limit can carry additional battles over to the following day. Each battle day ends at 5:00 p.m. PDT.

The following numbers of Trainers from these regions will advance to the next round.