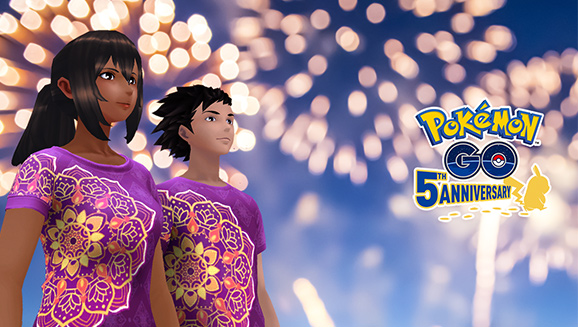 Take advantage of special bonuses before the celebration ends!

Despite its best efforts, it seems that Team GO Rocket has failed to spoil Pokémon GO's Festival of Lights event with its shadowy designs. But while Giovanni's villainous team is beginning to slowly withdraw its forces, you'll still find Team GO Rocket members—and their Shadow Pokémon—appearing more frequently at PokéStops and in balloons. To mark this victory over darkness and to commemorate the conclusion of the Festival of Lights, you'll find festive confetti on the map until the end of the event on Sunday, November 14, 2021, at 8:00 p.m. local time.

Until then, you can enjoy featured Pokémon encounters and special bonuses like Friendship levels that increase twice as fast, increased rewards from Gifts, and the ability to open up to 45 Gifts per day. You can also help Professor Willow learn more about the Mythical Pokémon Hoopa by finishing the Season of Mischief Special Research story. Keep an eye out for Dedenne, too—it's making its Pokémon GO debut!