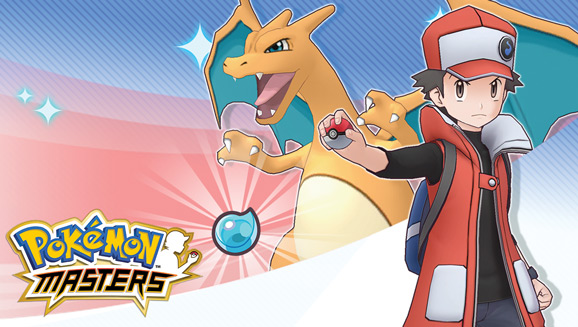 Plus, new story chapters and more Pokémon Evolutions, as well as bonus gems just for logging in!

Can you believe we've already reached the six-month mark since the release of Pokémon Masters? To celebrate, one of the most highly anticipated Trainers is joining the action, along with a new story event, lots of gems from log-in bonuses, and the fun and challenging Battle Villa feature!

The hero of Pokémon Red and Pokémon Blue is joining the playable cast of Pokémon Masters alongside his iconic partner, Charizard. This sync pair is just as powerful as you'd expect, with passive skills that grant them perfect accuracy, a chance to reduce the sync move countdown, and a chance to charge the move gauge. Charizard will even Mega Evolve into Mega Charizard X after using a sync move! Plus, Sygna Suit Red & Charizard's sync grid is already expanded, so be sure to earn some sync orbs to make them even more powerful.

You can scout Sygna Suit Red & Charizard during the limited-time Poké Fair Scout, available until March 15, 2020, at 10:59 p.m. PDT. Don't miss out on your chance to scout this fair-exclusive sync pair!

The Battle Villa is a single-player gauntlet-style feature that allows many different sync pairs to shine. Each Battle Villa challenge period lasts for two weeks. Each day, you'll be able to create a team of nine sync pairs and see how far you can progress. Each battle will still be in the standard 3-on-3 format, but HP, MP, and status conditions will carry over after each battle. If the nine sync pairs you selected for the day are all defeated, you can try again on the following day, picking up where you left off.

You'll be able to earn lots of completion rewards in the Battle Villa, including special items such as Lucky Cookies and Lucky Scrolls. You can use these rewards to give your sync pairs new capabilities known as lucky skills. At the end of a challenge period, you'll receive rewards corresponding to the number of battles you cleared, so try to get as far as you can!

Not one to be outdone by anyone, Elesa is reintroducing herself, clad in a stylish new sygna suit, as part of a new sync pair with Rotom. She's starring in the Shining Star story event, which features the all-new event map. You'll progress through the story by navigating the map, battling opponents, and unlocking new areas. You can also scout Sygna Suit Elesa & Rotom in the Sygna Suit Elesa Spotlight Scout, available until March 15, 2020, at 10:59 p.m. PDT.

While Elesa & Zebstrika are great at launching powerful physical Electric-type moves, Sygna Suit Elesa & Rotom focus on special attacks. They can use X Sp. Atk All to increase the power of special moves used by your whole team. Perhaps the most exciting part of this sync pair is their move Breathtaking!, which reduces the sync move countdown of an ally while also increasing that ally's accuracy and critical-hit rate. Like Sygna Suit Red & Charizard, Sygna Suit Elesa & Rotom come with a sync grid that is already expanded.

Many new Evolution sync pair stories have been added, enabling more Pokémon to evolve once their sync pairs have reached a high-enough level. You can help Calem & Espurr, Hilbert & Oshawott, Blaine & Ponyta, and many more sync pairs become even more powerful than before.

To commemorate Pokémon Day, you'll receive a one-time gift of 3,000 gems by logging in to the game before March 15, 2020, at 10:59 p.m. PDT. You can also benefit from the Six-Months Celebration Log-In Bonus, in which you'll be able to receive up to 3,000 additional gems over a 14-day period just by logging in each day.

Pokémon Masters is available to download now, so don't miss out on these special events! For more details, be sure to visit the Pokémon Masters official site. 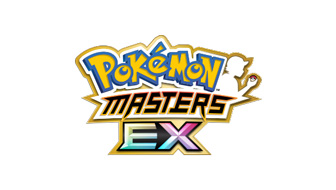