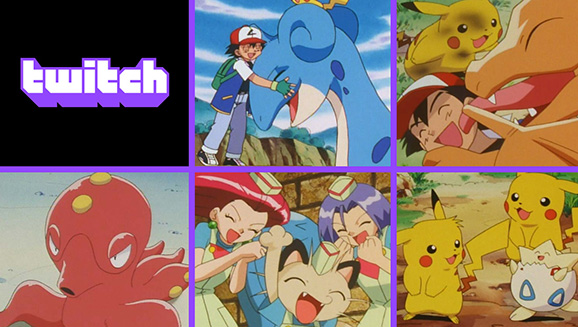 Stream Pokémon the Series and Play! Pokémon Matches on Twitch

Tune in for weekly Pokémon programming, including Pokémon the Series, movies, and Play! Pokémon matches.

Starting December 8, 2020, it's going to be easier than ever to dive into the world of Pokémon thanks to weekly Pokémon programming on the official Pokémon Twitch channel. You'll be able to tune in throughout the week to catch some of your favorite Pokémon content—including episodes of Pokémon the Series and Pokémon movies. Additionally, some of the best Play! Pokémon tournament moments will be rebroadcasting, allowing you to see some of the world's top Pokémon players in action.