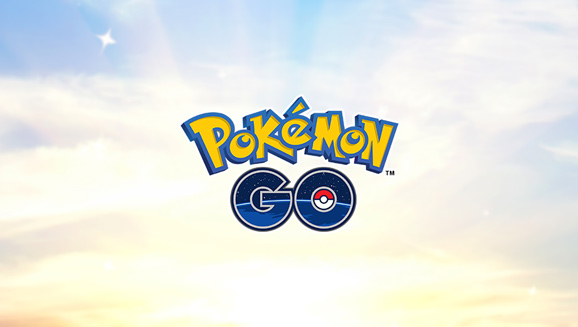 Shadow Raikou, along with Woobat, Tornadus, Audino, and Alomomola this February in Pokémon GO

Get ready! There’s a whole lot of exciting events and celebrations lined up for Pokémon GO players this February.

Pokémon GO fans have a lot to look forward to in February! It may be the shortest month of the year, but it's jam-packed with loads of events and fun celebrations. You'll be able to rescue Shadow Raikou, encounter Woobat for the first time, take on Tornadus in Raid Battles, befriend some of your favorite Pokémon from the Sinnoh region, and celebrate friendship during a special friendship weekend event. And of course, there's going to be a Valentine's Day Celebration event. There'll even be a couple new experimental events you can take part in. Whew! Sounds like a lot, right? Read on to get more details.

The Bat Pokémon Woobat, originally discovered in the Unova region, is making its Pokémon GO debut in February in Research Breakthrough encounters. This Psychic- and Flying-type Pokémon uses suction from its nose to stick to cave walls as it sleeps. The unique shape of its nostrils can leave behind a heart-shaped mark, making Woobat an ideal Pokémon to appear during February, the month of love.

The Legendary Pokémon Tornadus will make its first appearance in Pokémon GO this February! This Flying-type Pokémon was originally discovered in the Unova region, and it'll appear in five-star raids throughout most of February. Load up your team with Pokémon that know Electric-, Ice-, and Rock-type attacks, and take on the Cyclone Pokémon.

In addition, all 7 km Eggs obtained during the celebration will exclusively hatch certain Pokémon from Sinnoh, including Gible, Riolu, and Hippopotas. During this time, event-specific Field Research tasks will reward you with encounters with Pokémon originally discovered in the Sinnoh region, as well as Sinnoh Stones. And if you're lucky, you might even encounter a Shiny Riolu or a Shiny Hippopotas!

They say all you need is love, but a bunch of cool Pokémon is always nice to have, too. Celebrate Valentine's Day with an event that will see pink Pokémon appearing more frequently in the wild, in raids, in Eggs, and as Field Research encounters. Plus, two precious pink Pokémon are prepared for their Pokémon GO premiere. Be on the lookout for Audino, the Hearing Pokémon, and Alomomola, the Caring Pokémon.

During this event, regular Lure Modules will last for six hours and Trainers will receive twice the normal number of Candies for catching Pokémon. And if you're lucky, you might hatch a Shiny Happiny or encounter a Shiny Chansey in the wild.

Because Valentine's Day is so wonderful, there's going to be a Raid Day during the celebration. On Saturday, February 15, 2020, from 2:00 p.m. to 5:00 p.m. local time, Lickitung that know Body Slam will appear in four-star raids. During this time, you can receive up to five additional Raid Passes at no cost by spinning Photo Discs at Gyms. Be sure to use them during the Raid Day event, though, as these Raid Passes will not be available after the Raid Day event is over. And yes, if you're lucky, you might even encounter a Shiny Lickitung!

Pokémon GO is loads of fun, of course, but it's even more fun when you're playing with friends! Celebrate your friendship by participating in this friendship weekend event, during which your friendship levels will increase twice as fast! This weekend will also be a great time to make any Pokémon trades you've been meaning to do, as trades will require only half the regular amount of Stardust, and you'll receive twice the normal number of Candies from each trade.

To further help your friendship levels, the number of Gifts you can carry at a time will increase to 20 during the weekend, and you'll be able to open up to 40 Gifts each day. So get ready to visit lots of PokéStops to stock up on Gifts to send to your friends!

Just in case there wasn't enough going on in Pokémon GO this February, there will also be two new types of experimental events to take part in: Pokémon Spotlight Hour and Mystery Bonus Hour.

Pokémon Spotlight Hour will feature a surprise Pokémon that will appear in greater numbers on Tuesday, February 4, 2020, from 6:00 p.m. to 7:00 p.m. local time.

That's a lot to look forward to, eh, Trainers? Mark your calendars and alert your friends and family. You don't want to miss out on any of February's Pokémon GO events. Have fun!