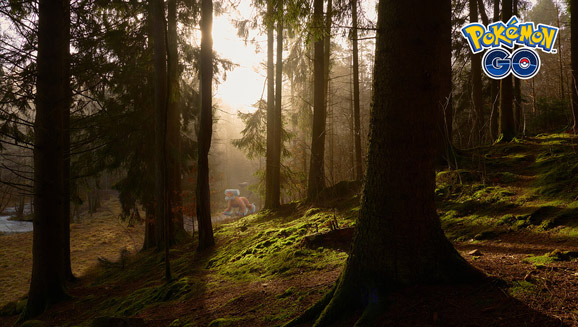 Channel your competitive side from April 13 to April 18 with an event featuring Pokémon known to be rivals.

From Tuesday, April 13, 2021, at 10:00 a.m. to Sunday, April 18, 2021, at 8:00 p.m. local time, you can celebrate the spirit of competition in Pokémon GO with Rivals' Week. Therian Forme Landorus, Skrelp, and Clauncher will all make their Pokémon GO debuts, so the event will give you a great opportunity to fill out your Pokédex. Skrelp and Clauncher will be appearing in the wild, in raids, and in encounters following research tasks, and Therian Forme Landorus will be appearing in five-star raids.

By working with your fellow Trainers to win Raid Battles in the Global Challenge Arena, you can unlock event-exclusive rewards. You can also challenge Team GO Rocket, whose minions will be appearing more frequently at PokéStops and in balloons throughout the event. Plus, you can complete event-exclusive Field Research tasks that lead to encounters with certain Pokémon.

Pokémon that are known for their competitive spirit—like Hitmonlee, Hitmonchan, Makuhita, Meditite, Zangoose, Seviper, and more—will be appearing more frequently in the wild. The theme of competition will also extend to raids, where Pokémon like Nidoqueen, Nidoking, Zangoose, Seviper, Therian Forme Landorus, Skrelp, Clauncher, and more will be appearing.

The following Pokémon will be hatching from 5 km Eggs during the event: Machop, Tyrogue, Elekid, Magby, Makuhita, Meditite, Zangoose, and Seviper.