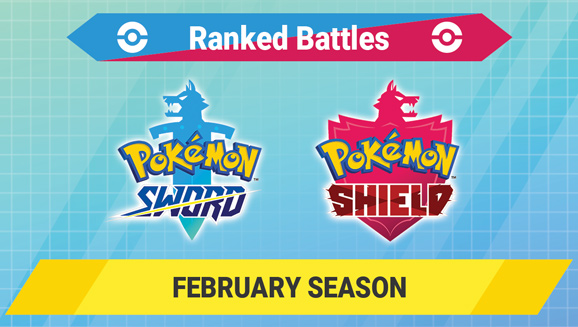 You can take part in battles in the Pokémon Sword and Pokémon Shield games to move up the leaderboards and earn in-game rewards.

Ranked Battles are a great way to test your Trainer skills in head-to-head battles with players around the world. Trainers of similar ranks are matched up against one another to ensure even competition. When the season concludes, the higher you finish, the greater your in-game rewards.

To play a Ranked Battle in Pokémon Sword or Pokémon Shield, open the X menu, select VS, select Battle Stadium, and then select Ranked Battles.

To receive your in-game rewards at the end of the season, select Mystery Gift, Get a Mystery Gift, and then Get Battle Stadium Rewards. You will need to finish at least one match with a win or loss during the season to be eligible for rewards.