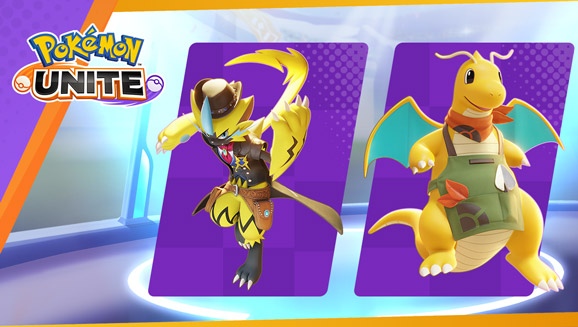 Throw on your finest cowboy hat, and mosey on over to Pokémon UNITE for a rootin’-tootin’ good time.

You can also be deputized for a special assignment—Berry Picking with Greedent—from January 31 to February 20, during which you can earn rewards for helping the Greedy Pokémon gather Berries. Each day, players will receive four random daily missions to complete. Every completed mission will award 20 Aeos coins, as well as Berries that can be used to unlock rewards, such as fun Trainer fashion items.

A Pokémon UNITE battle pass offers 90 levels, with unique missions and corresponding rewards available at each level. Complete up to three missions per day to obtain battle pass points, and complete weekly and seasonal missions to unlock new rewards. Players can exchange Aeos gems for a premium pass, providing them with additional rewards, such as rare Holowear, when their battle pass level increases. And a premium pass plus automatically increases a player’s battle pass level by 10.

Rustle on over to Pokémon UNITE to make the most of New Sheriff in Town!