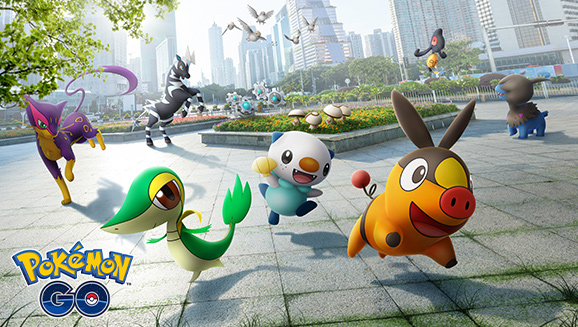 Pokémon that were originally discovered in the Unova region are arriving in Pokémon GO, and we know where to find them.

For the past three years, Pokémon GO players have encountered Pokémon that were originally discovered in the Kanto region, with Pokémon first found in the Johto, Hoenn, and Sinnoh regions appearing along the way. Now, the menagerie expands as Pokémon originally discovered in the Unova region begin making their way into the world of Pokémon GO. The Unova region, which made its first appearance in Pokémon Black Version and Pokémon White Version, is home to all sorts of wonderful Pokémon. Fans will be able to encounter such Pokémon as Snivy, Tepig, Oshawott, Patrat, Lillipup, Purrloin, Pidove, Blitzle, and more in the wild. Lucky Trainers may even encounter a Shiny Patrat or a Shiny Lillipup!

Of course, the wild isn't the only place to find these Pokémon. Get your Egg Incubators ready, as you'll be able to hatch certain Pokémon first discovered in Unova from the following Eggs.

Lillipup, Patrat, and Klink will also be available to challenge in raids. There are even some Pokémon that will appear in the wild only in certain parts of the world. Look out for these Pokémon in the following places!

More Pokémon that were originally discovered in the Unova region will make their way into Pokémon GO in the future, but from the look of things, Trainers already have plenty to keep them busy. Get out there and explore, Trainers—and good luck filling up your Unova region Pokédex!