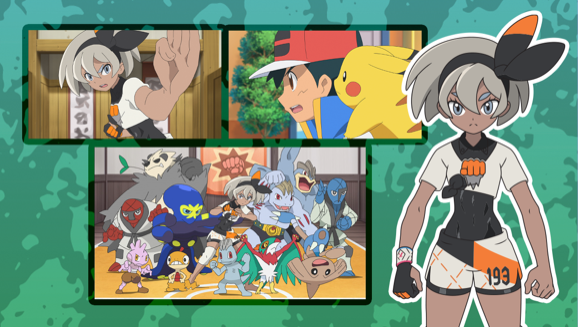 Catch up on the season so far before watching the latest episodes on Netflix starting March 5.

The final installment of Pokémon Journeys: The Series is coming March 5 to Netflix, offering answers to all the biggest questions about Ash and Goh's adventures. Will Ash battle and defeat Leon? Will Goh ever catch the elusive Mew?

But before you dive in, a lot happened in Parts 1 through 3. In the first 36 episodes, Ash and Goh bonded over their shared passion for Pokémon and became research assistants at the Cerise Laboratory in Vermilion City. Their exciting new role takes them across the Pokémon world, studying, battling, training, and helping Pokémon in distress.

Together, Ash and Goh battle Team Rocket, compete in the Iceberg Race in Sinnoh, learn the mysteries of Dragon Dance on Dragon Island, and immerse themselves in the excitement of the World Coronation Series. Catch up on everything that's happened here before enjoying Part 4 of Pokémon Journeys: The Series.


Complicated and Evolving Relationships with Pokémon 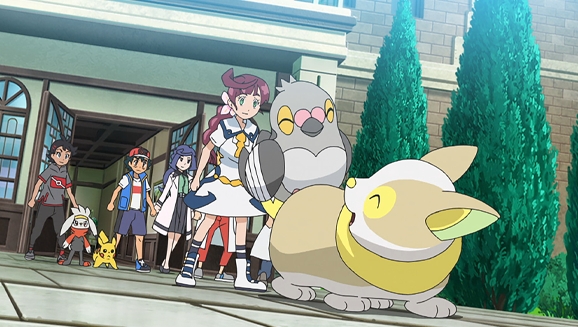 Ash and Pikachu have a seemingly perfect Pokémon-Trainer relationship, but even the best team experiences conflict. That conflict comes in the form of jealousy when Ash begins spending a lot of time training a new Pokémon. Earlier in the season, Ash accepted responsibility for a Pokémon Egg that hatched into a Riolu who loves to battle (“Caring for a Mystery!”). When Ash begins spending all his time training with Riolu, Pikachu becomes understandably jealous and runs away to Pallet Town (“Betrayed, Bothered, and Beleaguered!”). Fortunately, Mimey races to the rescue, helping Pikachu arrive at its destination and offering Ash and Pikachu an opportunity to reunite.

Ash and Pikachu are far from the only Pokémon-Trainer team to experience conflict this season. While celebrating the collaboration and affection between Pokémon and humans, this season offers a reminder that, like all relationships, Pokémon-Trainer bonds take work to develop and maintain. Goh and Scorbunny are perhaps the greatest example of this. When Scorbunny has a difficult time learning a Fire-type move, Goh dismisses his partner's frustration, leading to a rift between the two (“Kicking It from Here into Tomorrow!”). Even when Goh finds a way to help Scorbunny use Ember, causing Scorbunny to evolve into Raboot and seemingly solving the problem, the pair can't seem to find their rhythm.

Frustrated by his inability to make Raboot happy, Goh decides to leave Raboot behind with a new pack of Pokémon friends, but Raboot refuses to be abandoned. The pair reunite on the train, and Goh recognizes that, even when they don't get along, he and Raboot are partners for life (“Goodbye, Friend!”).

Chloe might not consider herself a Pokémon Trainer, but her close relationship with Yamper sometimes causes jealousy as well. When a wounded Pidove arrives at her house, Yamper gets jealous at the amount of attention the Pokémon receives from Chloe (“There's a New Kid in Town!”). Chloe's frustration with Yamper's feelings prompts her family to remind her that she was jealous of Yamper as a young child. Despite their rocky start, Chloe is now Yamper's favorite person. In fact, she's the only person Yamper will accept battle commands from when a Gengar attacks (“A Chilling Curse!”).

Ash, Goh, and Chloe's relationships with their Pokémon are undoubtedly strong, but will the events of Part 4 test these bonds even further? 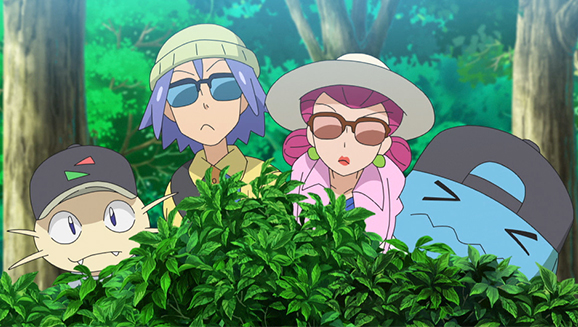 There's no end to the mayhem Team Rocket cause with their elaborate plots to steal Pokémon—especially Pikachu. But Pokémon Journeys: The Series sometimes reveals a softer side to the villains. When a Ditto who works as a professional actor runs away from its movie set, Team Rocket stumbles across the Pokémon (“A Talent for Imitation!”). Being villains, the trio initially plot to use Ditto's transformative skills to steal Pokémon. However, Team Rocket soon realize that this Ditto has lost its confidence and is unable to convincingly transform.

As a fellow actress, Jessie decides to help Ditto reclaim its confidence. She teaches the Transform Pokémon some techniques to help overcome its mental barriers. With time, the Ditto is once again able to transform into other Pokémon. But rather than keep the Ditto for their nefarious schemes, Team Rocket allow the Ditto to return to its movie set, where it blows away the entire team with its performance.

Later, Team Rocket find themselves on vacation when Matori wants them out of the way for a big Pokémon heist (“A Little Rocket R & R!”). They choose to relax at the Resort Area in Sinnoh, which just happens to be Matori's chosen site for the heist. As Matori and her team of grunts descend on the Resort Area to steal tourists' Pokémon, Team Rocket make the unlikely decision to team up with Ash and Goh to save the Pokémon. Of course, Team Rocket's motives may be colored by their desire to punish Matori for excluding them from the heist, but a good deed's a good deed.

Disguised as tourists and unrecognized by Ash and Goh, Jessie and James lead a Pokémon rescue mission. And when the grunts have been defeated and the Pokémon returned to their Trainers, and Ash thanks Team Rocket, Jessie brushes it off, saying, “Well, it's what any hero would have done.”

Whether Team Rocket's good deeds will continue in Part 4 is difficult to say, but one thing's for sure: whatever they do, it will be entertaining.


The Rocky Road to Leon 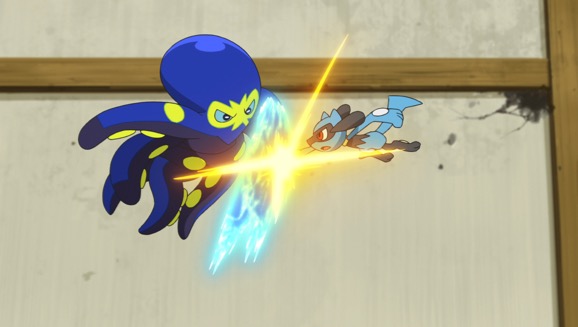 In classic Ash fashion, he kicks off the effort with confidence, challenging and defeating the acting Vermilion Gym Leader, Visquez (“Destination: Coronation!”). Initially, Ash can't seem to lose, defeating Oliver (“Dreams Are Made of These!”), Hayden (“Caring for a Mystery!”), and Korrina (“A Festival Reunion!”), and rising through the ranks to the Great Class. However, when Ash finds himself facing off against Bea, the Fighting-type Gym Leader of the Galar region, her Hawlucha and Grapploct easily defeat Ash's Farfetch'd and Riolu, handing Ash his first World Coronation Series defeat.

Ash's downward spiral continues with two more losses in a row, knocking him back down to the Normal Class. When Goh and Ash find themselves facing off against a wild Flygon, Ash's new lack of confidence makes him unable to make a decision in battle (“Making Battles in the Sand!”). But Goh calmly takes on the Flygon, defeating it using unorthodox battle strategies that he learned from watching Ash battle. Goh's success reminds Ash that battling is supposed to be fun. With that reminder, Ash is ready to resume his climb to the top of the World Coronation Series rankings. But will it be enough? 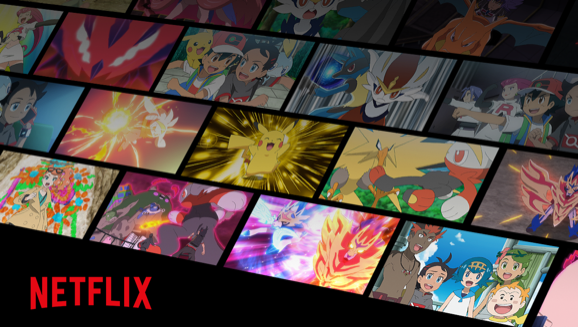 The next 12 episodes depicting Ash and Goh’s adventures and research are now on Netflix.

Bingo! Make a Game Out of Watching Pokémon Journeys: The Series on Netflix

Download and print custom bingo cards inspired by the latest season of Pokémon the Series.