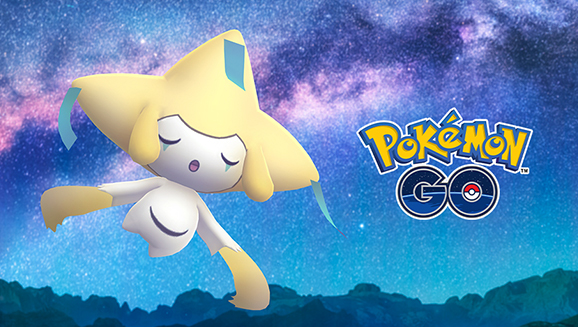 Completing all three parts of the Global Challenge during the Pokémon GO Fests has unlocked three weeks of incredible bonuses.

Congratulations, Trainers! Because of your hard work successfully completing all three parts of the Global Challenge, you've unlocked the Ultra Bonus. There'll be exciting rewards during each of the next three weeks—and some Special Research you can start right now! Plus, Eggs placed into Incubators during the three-week event period will require half the normal distance to hatch.

During the first week of the Ultra Bonus, from September 2 at 1 p.m. PDT to September 9, 2019, at 1 p.m. PDT, Trainers will have the opportunity collect some incredible Pokémon originally discovered in the Johto region.

The second week of the Ultra Bonus, from September 9 at 1 p.m. PDT to September 16, 2019, at 1 p.m. PDT, will feature the Mythical Pokémon Deoxys and some Pokémon that can ordinarily be encountered only in certain parts of the world.

The final week of the Ultra Bonus, from September 16 at 1 p.m. PDT to September 23, 2019, at 1 p.m. PDT, will introduce Pokémon originally discovered in the Unova region! But that's not all...

Finally, all Trainers will be able to undertake new Special Research. If you complete the research, you'll be able to catch Jirachi! If you already completed the Special Research tasks at a Pokémon GO Fest and obtained a Jirachi, you'll earn some extra Jirachi Candy instead.