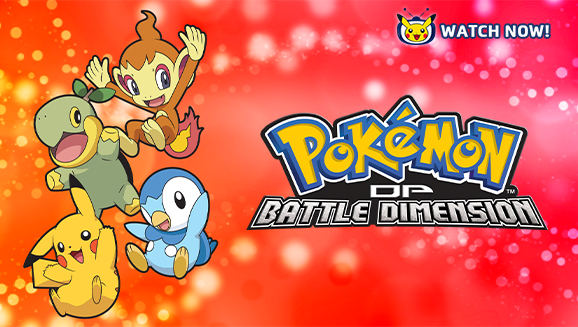 Ash, Pikachu, and their friends face new challenges as they continue their journey through the Sinnoh region.

Ash, Dawn, and Brock are still exploring the Sinnoh region in Pokémon: DP Battle Dimension, the latest season of Pokémon the Series to arrive on Pokémon TV. Ash has more Gym badges to earn, while Dawn must regain her confidence after a pair of Pokémon Contest defeats. Both will do what they can to become better Trainers, but they’ll have to overcome plenty of challenges to accomplish their dreams. Before you check out this season, take a look at our list of some of the important events that occur in Pokémon: DP Battle Dimension, then sit back and watch the adventure unfold! 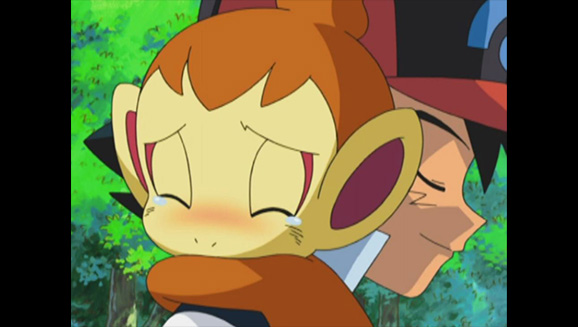 Toward the end of the previous season, Pokémon: Diamond and Pearl, Ash gained a new Pokémon partner in Chimchar after the Fire-type Pokémon was abandoned by its harsh Trainer, Paul. Chimchar was clearly not treated well while it was with Paul, and it is initially confused by Ash’s kindness. After realizing that Ash is a caring Trainer, however, Chimchar begins to settle in with its new friends (“Tears for Fears!”). Later, Chimchar faces its past when Paul returns and battles Ash. The little Pokémon bravely faces Paul’s Pokémon, but the emotionally charged match sends Chimchar out of control. You’ll see if Ash can soothe it out of its blind rage in the episode “Chim-Charred!” 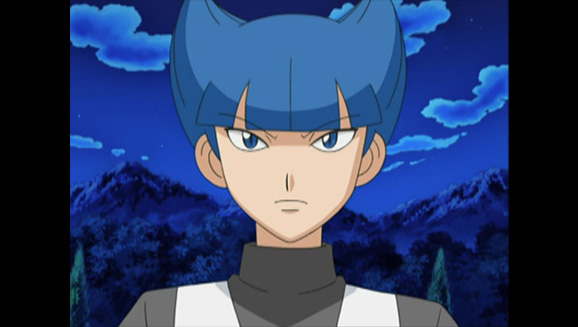 Lurking within the Sinnoh region, Team Galactic is preparing a nefarious plan. This group shows up a few times during Pokémon: DP Battle Dimension to steal rare artifacts that are crucial to their grand scheme. Saturn, one of Team Galactic’s Commanders, crosses paths with Team Rocket in the Solaceon Ruins (“Journey to the Unown!”). Then, Team Galactic clashes with Ash in Veilstone City while trying to steal ancient meteorites (“Enter Galactic!”). The team makes their final push toward the end of the season as they attempt to swipe the Adamant Orb and Lustrous Orb (“Losing Its Lustrous!” and “Double Team Turnover!”). But can this villainous team make it past Ash, his friends, and Cynthia, the Sinnoh League Champion? 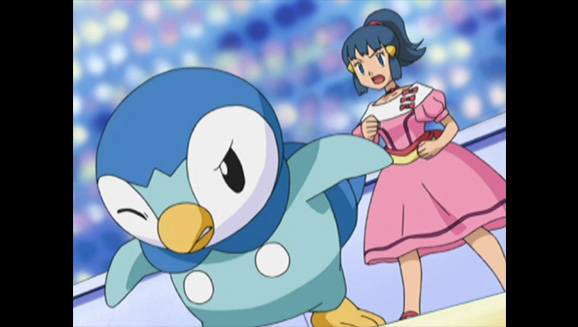 Wallace, a star Coordinator and former Gym Leader, is hosting his Wallace Cup event on the shores of Lake Valor. It’s the perfect opportunity for Dawn to get back in the Pokémon Contest groove (“Our Cup Runneth Over!”). But Dawn isn’t the only Pokémon Coordinator itching to take part in the competition—Ash’s old friend May has arrived to show off her skills with her recently evolved Glaceon (“A Full Course Tag Battle!”). The events of the actual Wallace Cup take place over three action-packed episodes (“Staging a Heroes’ Welcome!,” “Pruning a Passel of Pals!,” and “Strategy with a Smile!”). You’ll have to watch to see if Dawn is able to overcome her doubts and lead her Piplup to victory. 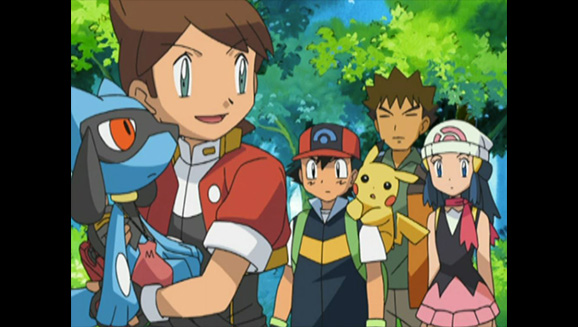 Pokémon the Series features many different story arcs told over the course of each season, and some storylines even take place throughout multiple seasons. Still, we don’t often see formal two-part episodes. But that’s exactly what we get in Pokémon: DP Battle Dimension, which features “Pokémon Ranger and the Kidnapped Riolu! Part 1” and “Pokémon Ranger and the Kidnapped Riolu! Part 2.” Ash and company encounter a frightened Riolu who’s escaped from a research lab, and it turns out the poor Pokémon is being pursued by the ruthless Pokémon Hunter J and her minions. Thankfully, expert Pokémon Ranger Kellyn is on the case—but J seems determined to capture Riolu at any cost. Tune in to see if Kellyn and our heroes can return Riolu to its home in the Paradise Kingdom. 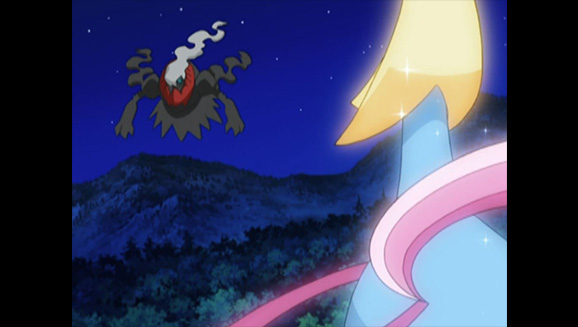 Ash and friends encounter plenty of Pokémon during their journeys, but it’s always a treat when they meet a Legendary or Mythical Pokémon. And in Pokémon: DP Battle Dimension, they’re lucky enough to meet one of each in a single episode (“Sleepless in Pre-Battle!”)! When our heroes reach Canalave City, they discover that the locals have been plagued by horrible nightmares, which Officer Jenny blames on the arrival of the Mythical Pokémon Darkrai. Darkrai is normally driven away by Cresselia, but the Legendary Pokémon is nowhere to be found. To discover the whereabouts of Cresselia, Officer Jenny and the crew head to Fullmoon Island to search for the missing Pokémon. Find out what happens with Darkrai and Cresselia in the final episode of this season.

Even with all this, there are still plenty more episodes to enjoy in Pokémon: DP Battle Dimension. Tune in to Pokémon TV to see what other adventures Ash, Pikachu, Dawn, and Brock have. Remember that you can load up the Pokémon TV mobile app and enjoy these classic episodes on the go!