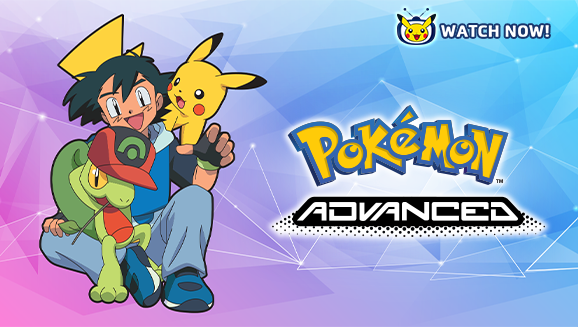 Ash and Pikachu take their first steps into the Hoenn region in the sixth season of Pokémon the Series on Pokémon TV.

Pokémon Advanced, the sixth season of Pokémon the Series, has just arrived on Pokémon TV. In this season, Ash and Pikachu leave the Johto region behind as they journey into the Hoenn region. Together, our heroes meet new companions, reunite with old friends, discover amazing Pokémon, and face all sorts of exciting challenges—all while continuing to outsmart the troublesome Team Rocket, of course!

To get you in the mood to check out this newly added season, we’re taking a look at five of the most exciting developments that occur during Pokémon Advanced. After reading our list, watch the season for yourself and see if you agree! 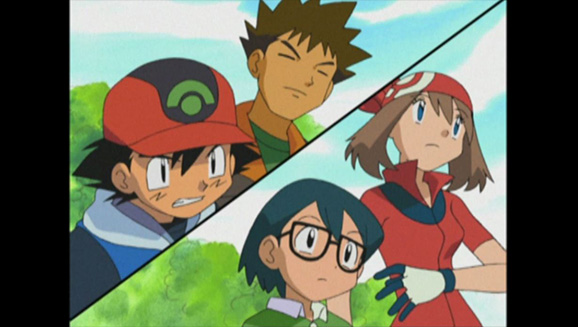 Ash and Pikachu may be the best of friends, but they still enjoy a little extra company as they continue their Pokémon adventure. Upon arriving in the Hoenn region, they meet May, a young Trainer who is just starting her own journey. She and her Pokémon partner Torchic decide to join Ash even though Pikachu accidentally destroys her bicycle (“Get the Show on the Road”). Shortly after, Ash travels to Petalburg City, where he meets May’s family. Her younger brother, Max, dreams of becoming a Pokémon Trainer, so it’s no surprise that he decides to tag along with Ash and May (“There’s No Place like Hoenn”). If you’re in the mood to see a familiar face, though, you needn’t worry. When Ash, May, and Max are ambushed by a flock of angry Taillow, they’re rescued by none other than Ash’s old friend Brock, who decides to join the group (“You Can Never Taillow”)! 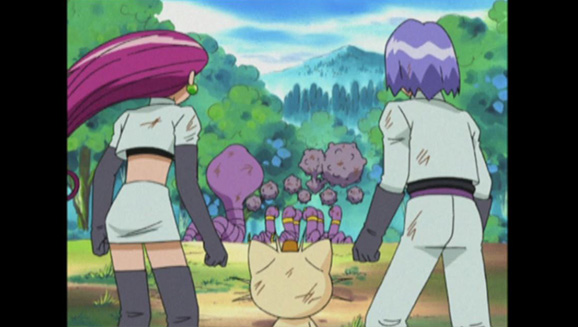 Of course, wherever Ash may travel, you can bet Team Rocket isn’t far behind, ready with another evil scheme. Despite their nefarious plots, we’re occasionally reminded that Jessie, James, and Meowth aren’t all bad. We see that play out this season when they run afoul of a Pokémon poacher who has captured several Ekans and Koffing. Even Team Rocket is offended at the cruel treatment of these imprisoned Pokémon—especially since Jessie and James have been partners with Arbok and Weezing, the evolved forms of the poached Pokémon, since the series’ beginning. As Team Rocket battles the poacher and his Tyranitar, they tell Arbok and Weezing to escape with the Ekans and Koffing. Jessie and James make the brave decision to release their partner Pokémon to protect the newly freed Pokémon in the wild. Arbok and Weezing are sad to go, but they know that they must in order to keep the other Pokémon safe (“A Poached Ego”). It’s a heartbreaking moment, but a good reminder that bad guys aren’t always as bad as they seem. 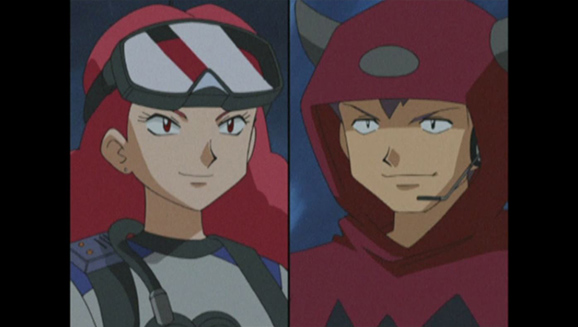 Team Rocket isn’t the only adversary that Ash and his friends must confront in the Hoenn region. Two mysterious organizations, Team Aqua and Team Magma, have also taken root in the region, and they’re battling each other for control. Team Aqua, led by Archie, wants to expand the world’s seas, while Team Magma, led by Maxie, strives to expand the land. To achieve their conflicting goals, the rival factions have been battling it out behind the scenes, occasionally crossing paths with our heroes. Eventually, the two teams confront each other in their quest for dominance (“A Three Team Scheme”), but it quickly becomes clear that both Team Aqua and Team Magma will remain ongoing threats in future seasons. We’ll eventually find out what their ultimate goals are…and they’re bound to be Legendary. 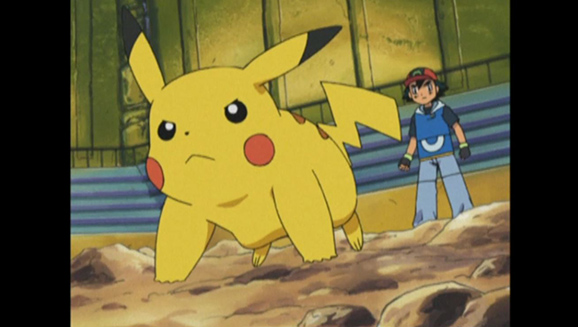 For Ash, a trip to a new region means a whole new gauntlet of Gym Leaders to challenge! The Hoenn region is no different, and Ash faces off against a few of these powerful battlers in Pokémon Advanced. Early in the season, Ash meets Norman, the Petalburg Gym Leader—who just so happens to be May and Max’s father (“There’s No Place Like Hoenn”)! Throughout the season, Ash also takes on Roxanne at the Rustboro Gym (“The Winner by a Nosepass”), Brawly at the Dewford Gym (“Brave the Wave!”), and Wattson at the Mauville Gym (“What’s With Wattson?”). That’s a lot of Gym battles—but how many badges will Ash actually have in hand when all is said and done? 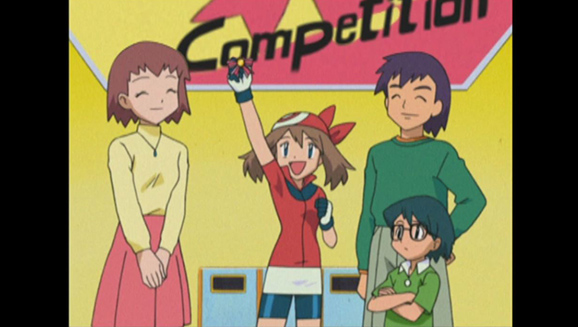 Gym battles aren’t the only form of competition in the Hoenn region. Pokémon Contests are a popular form of entertainment, as well! During these Contests, it’s not the strength of the Pokémon that matters—it’s the beauty of their moves that counts. In Rustboro City, our heroes learn all about Pokémon Contests and Pokémon Coordinators, the people who raise Pokémon for these unique competitions. May especially is interested in Contests, and she soon expresses her desire to become a Coordinator (“All Things Bright and Beautifly”). She eventually realizes her dream when her Beautifly goes up against her rival Drew’s Roselia (“Win, Lose, or Drew!”). This is only the start, though. You can bet May will enter more Pokémon Contests as the crew’s Hoenn region adventure continues!

Now that you have an idea of the excitement in store for you in Pokémon Advanced, tune in to Pokémon TV and see the full story of Ash and his friends as they set out through Hoenn. Remember, you can load up the newly updated Pokémon TV mobile app and enjoy these classic episodes on the go!